Rumor has it that Google is going to officially unveil the Google Pixel 3a and Pixel 3a XL on May 7th. And if you believe a random redditor who claims to work at a Verizon Store, they could be available for purchase at around the same time.

They’re expected to be cheaper than the flagship phones Google launched in October, with less impressive displays and less powerful processors… but the same excellent cameras.

A series of leaks in recent months have given us a pretty good idea of what to expect. But one thing that’s remained a mystery is a pricing.

Update: Oh look, here’s another leak, courtesy of Droid Life, that confirms some of the phones camera features, battery specs, and more

Now YouTube channel This is Tech Today claims to have the US pricing: $399 and up. We should know if that’s accurate next week… but it got me wondering — what do you think would be a fair price for a mid-range Pixel phone?

Keep in mind, Google hasn’t even officially acknowledged that the Pixel 3a exists, let alone the pricing. But $399 seems about right to me.

The Pixel 3a is not a flagship phone, but it’s not an entry-level device either. The Pixel 3a is expected to have a 5.6 inch, 2220 x 1080 pixel display, 4GB of RAM, at least 64GB of storage, and a mid-range processor (possibly the Qualcomm Snapdragon 670 chip). It’s also expected to support 18 watt fast charging, Google’s Active Edge features (which let you squeeze the phone to activated Google Assistant), and one of the best cameras available on a smartphone today.

Perhaps most importantly for some users, it should receive software and security updates delivered directly from Google for at least a few years.

But Google is reportedly cutting some corners. The phone is said to have a plastic body. It has bottom-facing speakers. And it has bigger bezels and a lower resolution display than a Pixel 3 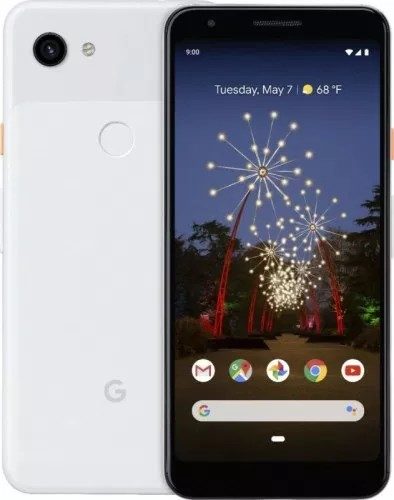 We don’t know as much about the Pixel 3a XL, but it’s expected to have a 6 inch display.

According to This is Tech Today, here’s how much the entry-level models of each phone will cost in the United States:

Both models should also be available with 128GB if you’re looking for more storage. It’s unlikely that you’ll be able to add your own storage after buying the phone — Google stopped offering Nexus and Pixel phones with microSD card readers years ago.

One thing that the Pixel 3a is said to have though, is a headphone jack… something that’s been missing from the last few high-end Pixel phones.

17 replies on “How much would you pay for a Google Pixel 3a?”