Huawei is getting in on the gaming phone trend with the launch of its first smartphone featuring GPU Turbo technology.

The Honor Play launches in China next week for about $310 and up, which makes it one of the most affordable phones designed for gaming to date. But it sports the same Kirin 970 processor used in Huawei’s top-of-the-line phones including the Huawei P20 and Honor 10. 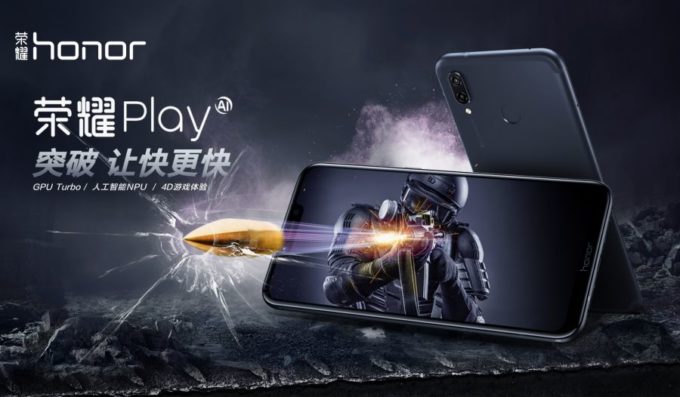 The Honor Play is the first phone to feature Huawei’s new “GPU Turbo” technology, which is said to boost the efficiency of the graphics processor by up to 60 percent, while reducing power consumption by 30 percent.

In other words, you should be able to get smoother graphics and longer battery life. It works for gaming, virtual reality, augmented reality, or other tasks that leverage a phone’s GPU.

Since GPU Turbo combines hardware and software features, it’s launching first on the Honor Play, but Huawei plans to make the feature available to some existing phones with Kirin chips in the future, including the Honor 10, Honor View 10, Honor 9 Lite, and Honor 7X.

The gaming smartphone niche is still new and evolving, so it’s not entirely clear what makes a mobile phone a gaming device. After all, most mobile games are designed to run on a wide range of hardware, including devices with entry-level and mid-range specs… but most so-called gaming phones take a page out of the gaming PC playbook and offer top-tier specs.

Razer kicked things off last year by launching a phone with a 120 Hz display. Xiaomi subsidiary Black Shark followed up this year with a phone featuring a liquid cooling system and a detachable gamepad. Nubia’s Red Magic smartphone has an advanced cooling system and an RGB light strip on the back.

And the Asus ROG Phone may be one of the first gaming phone that really seems catered to gamers in more than one or two ways: not only does it have a 90 Hz AMOLED display and a vapor cooling system, but it has programmable AirTrigger buttons, three USB Type-C ports, and support for a set of docking stations that lets you use a keyboard, mouse and monitor, connect wirelessly to a display, or add a second screen.

Now it looks like you can add “GPU Turbo” to the list of features that companies claim make their phones appropriate for gaming. The Honor Play doesn’t seem to have any special lighting effects, game controller accessories, or cooling features. But Honor does say GPU Turbo means it’ll offer better frame rates on games than a device with the same chip that doesn’t feature the new graphics technology.