But the most impressive thing about the Huawei MagicBook Pro may be the fact that despite the big screen and relatively beefy specs, it’s a pretty compact laptop, weighing just 1.7 kg (about 3.74 pounds).

The notebook is up for pre-order in China for about $800 and up and it should ship by the end of the month. 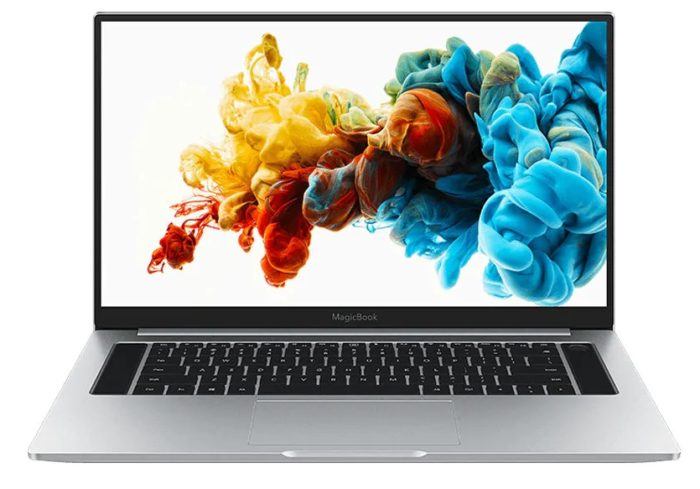 There’s no word on if or when the Huawei MagicBook Pro will be available internationally… especially given the tensions between Huawei and the US, which probably aren’t going to be helped by a recent report claiming that Huawei helped North Korea build its 3G wireless network.

But in terms of design, features, and price, MagicBook Pro certainly looks attractive The laptop borrows some design cues from Apple’s MacBook lineup, with a silver-and-black color scheme. But the MagicBook Pro has smaller top and side bezels around the screen, top-facing speakers, and no Touch Bar.

Three configurations will be available in China at launch:

One design feature I’m not in love with? The webcam is hidden in a key in the center of the number row on the keyboard. The good thing about this location is that the camera is covered when you’re not using it and the top bezel can be slim. The bad thing is that the camera is set at an awkward angle and it will get a close-up view of your fingers if you’re typing while on a video call.

via GizmoChina, GizChina, and Gadgets360