All told, the new Honor Magic 2 smartphone has a total of six cameras: three on each side. But you’ll only see the triple camera system on the front of the phone when you’re using it, because the Honor Magic 2 is also a slider.

That means the cameras hide behind the screen when they’re not in use, and they appear when you pull down on the screen. 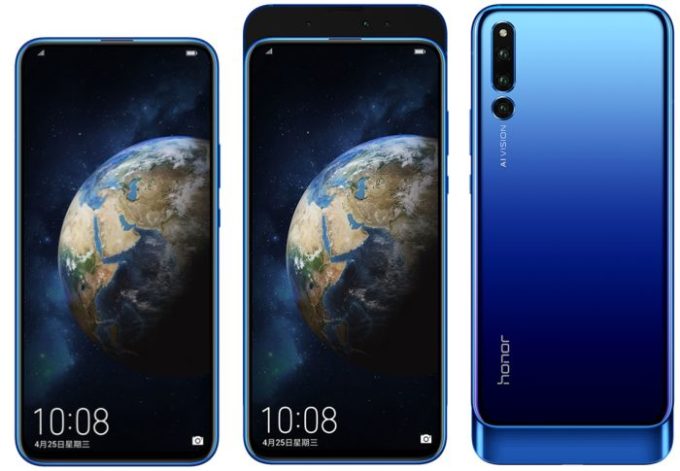 While the cameras and slider mechanism are clearly the phone’s stand-out features, the rest of the specs don’t look bad:

As for the cameras, the ones on the back include a 16MP primary camera, a 16MP ultra wide-angel camera, and a 24MP black and white camera. There’s no telephoto lens on this phone.

The front cameras include a 16MP primary camera and dual 2MP depth-sensing cameras. I’m not really sure why two are needed, but the phone has them. It also has an IR scanner for 3D face unlock support.

Huawei hasn’t announced pricing for configurations with 512GB of storage, but those are expected to be available next month.