After launching in China and Europe, the Honor 7X is coming to the United States. Huawei’s budget smartphone with an 18:9 display, 3GB of RAM, and 32GB of storage is up for pre-order for $199. 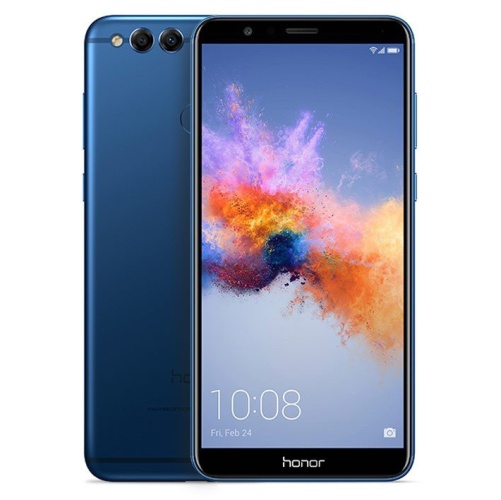 While the 32GB of built-in storage is pretty good for a phone in this price range, there’s also a microSD card slot with support for cards up to 256GB if you need more storage space.

On the back of the phone there’s a dual camera system with a 16MP and a 2MP camera, and on the front there’s an 8MP selfie camera.

The Honor 7X isn’t quite a no-compromise phone. It has Huawei’s latest mid-range processor instead of one of the company’s more powerful chips. It has 802.11b/g/n WiFi rather than speedier 802.11ac. And it has a micro USB 2.0 port rather than a USB 3.0 Type-C port.

But the phone does have a fingerprint sensor, Bluetooth 4.1, and support for a second SIM card if you don’t need to use a microSD card. Oh, and the phone has a headphone jack.