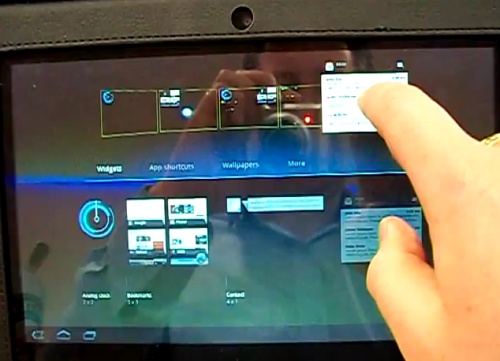 Earlier, Google announced that Android 3.0 Honeycomb won’t be open sourced – meaning AOSP fans will have to wait until Android 3.1 is released to get their hands on the updated code. That’s not going to stop modders from getting Honeycomb running on unsupported devices, of course.

Last week, the Notion Ink Adam got its first taste of Honeycomb, though it was still plenty rough around the edges. Now, however, developers have managed to get one more important piece of the Honeycomb puzzle working on both the Adam and the Advent Vega.

Tabletroms has updated its initial build with hardware acceleration support, which brings the mod within striking distance of full Honeycomb functionality. As you can see in the demo video, Honeycomb looks silky-smooth with HWA along for the ride.