Microsoft began shipping its HoloLens Development Edition in March, and now the company is rolling out the first major software update for folks that have spent $3000 on the developer version of the company’s upcoming augmented reality headset. 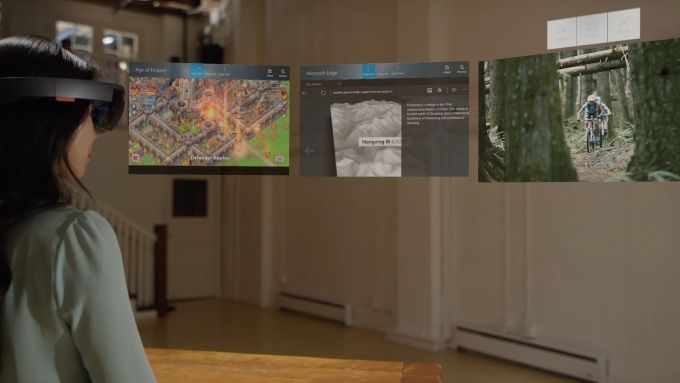 Multi-tasking is kind of old hat on most computing platforms, but it’s nice to see you can now run more than one app at a time on HoloLens. While that might not be important if you’re playing games or watching videos, HoloLens runs a version of Windows 10, complete with support for Universal Windows Platform apps, so it’ll be useful to interact with a few at a time the same way you would on a desktop.

The multi-tasking feature is still somewhat limited. You can now run up to three “flat apps” at once.

Microsoft has added support for tabs to the Edge web browser for HoloLens, which could also come in handy when trying to perform desktop-style tasks wearing the headset. You can also run multiple instances of the Edge browser.

Other updates include an updated Photos app with support for pinning pictures without borders, and support for a rotating a hologram by looking at it and saying “face me” or changing its size by saying “bigger” or “smaller.”

You can find a more detailed list of improvements in the release notes or check out the video below for a brief overview: