The new Nokia XR20 is an Android smartphone with mid-range specs that launches this week with a 2-year warranty and a promise that it will receive at least three major Android updates as well as security updates for at least four years.

But with a growing number of Android phone makers promising to deliver years of support, you have to wonder if the hardware itself is built to last. That’s not as much of a question with the Nokia XR20. It’s a ruggedized phone that’s designed to take a beating. 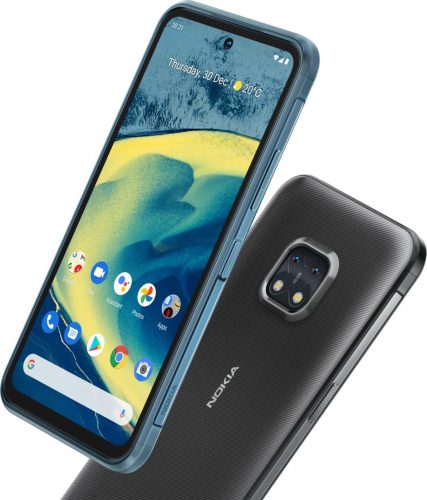 The phone has an IP68 dust and water resistance rating, and HMD says you can submerge the phone in water for an hour, drop it from heights of six feet, or expose it to extreme temperatures without breaking the XR20. It’s MIL-STD-810H tested, and the company describes it as a “life-proof” phone. It also has a display that should respond to touch even if you’re wearing gloves or if your hands are wet.

In other words, not only will it still be getting software updates in 2025, but the phone might make it to 2025. 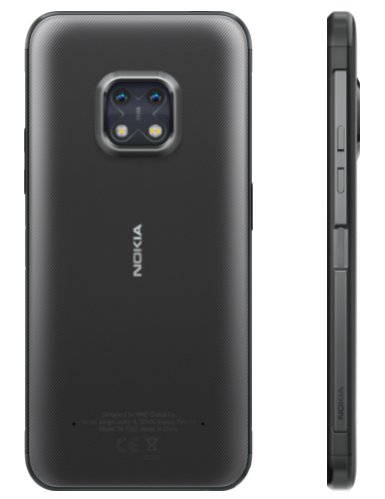 Whether you’ll still be satisfied with its performance may be another story though. While the phone’s display, memory, and storage are respectable, HMD opted for a Qualcomm Snapdragon 480 5G processor, which is a pretty solidly mid-range chip. I have to wonder how it will hold up to the demands users will put on it a few years from now. 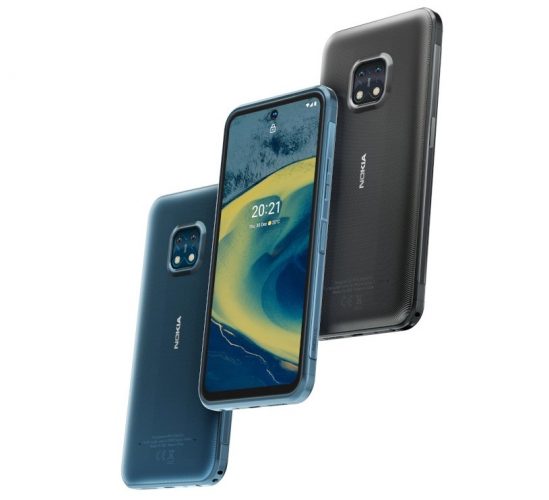 Other features include support for NFC, stereo speakers, dual mics, a fingerprint sensor on the side of the phone, and a camera system featuring Zeiss optics:

The phone has a fairly thick bezel compared with most modern flagships or mid-range phones, but the Nokia XR20 has a fairly compact design by rugged smartphone standards.

HMD says the phone will go on sale in select markets starting July 26th, and it should be available in the US August 28th for about $550.

via HMD press release and xda-developers