HMD’s latest Nokia-branded smartphone is one of the first devices to feature Qualcomm’s new Snapdragon 710 processor. It’s a chip that splits the difference between the chip maker’s 800-series premium processors and 600-series chips for more affordable devices. So it shouldn’t be surprising that the new Nokia 8.1smartphone is priced somewhere in between — it should be available soon in select markets for 399 Euros, which is about $450.

The rest of the phones specs, features, and design make it look like a potentially attractive alternative to modern flagships, with their ever-increasing price tags. 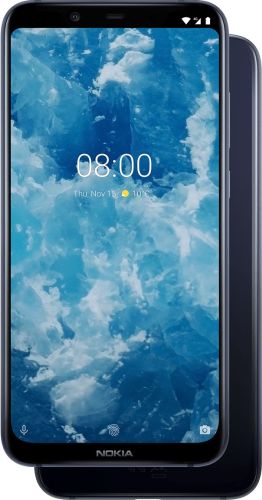 The Nokia 8.1 features a 6.2 inch FHD+ display and a few features which are becoming less common on modern smartphones including a 3.5mm headphone jack and a microSD card reader (with support for cards up to 400GB).

The phone is also an Android One device, which means that it should get regular feature and security updates for at least a few years.

HMD says the phone will be available this month in Europe, India and some other markets. There’s no word on if or when it will be available in the United States, but most of HMDs Nokia phones have made their way to the US so there’s no reason to think this model will be the exception.

via Android Central and GSM Arena

3 replies on “HMD launches the $450 Nokia 8.1 smartphone with Snapdragon 710 processor”