Displays with high refresh rates used to be a feature limited to premium smartphones. But it’s one that’s been trickling down to budget phones in the past few years. The latest examples? HMD has just launched two smartphones with 90 Hz displays with starting prices less than €189 ($215).

The Nokia G21 is available in the UK starting today and it will be available in additional markets in the coming months, while the Nokia G11 is scheduled to arrive in March. 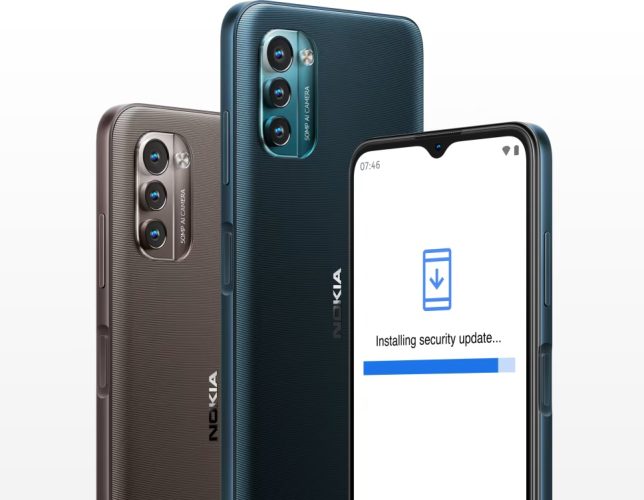 It’s powered by a Unisoc T606 processor and features 4GB of RAM, 64GB of storage, and a microSD card reader with support for cards up to 512GB.

The phone has a 50MP primary camera plus a 2MP macro camera and a 2MP depth-sensing camera and an 8MP front-facing camera in a waterdrop-style notch.

HMD equips the phone with a 5,050 mAh battery and promises up to three days of battery life on a charge. While the phone comes with a 10-watt charger, it support sup to 18 watt fast charging.

Other features include a 3.5mm headphone jack, a USB 2.0 Type-C port, support for WiFi 5, Bluetooth 5.0, and NFC in select markets. The Nokia G21 has a side-mounted fingerprint sensor in the power button, support for face unlock, and the phone ships with Android 11 software and will receive monthly security updates for at least three years and at leas two major Android operating system updates.

It is a budget phone for the international market though, and one thing it doesn’t have is 5G support. The Nokia G21 tops out at 4G LTE cellular connectivity. The phone is available in a choice of Nordic Blue and Dusk Gray color options.

The Nokia G11 has similar specs including the same display, processor, battery, ports, charging, and wireless capabilities. But it’s a lower-cost phone that has just 3GB of RAM and 32GB of storage. Its primary camera also has an 13MP image sensor.

This modal is priced at €159 ($180) and comes in Charcoal Gray and Ice Blue color options.