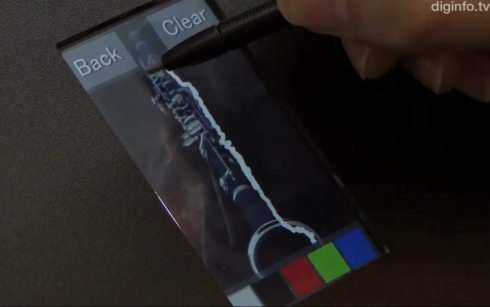 Last week we learned that Hitachi was developing a new type of touchscreen that you can operate using a fingertip, stylus, or other implement. It uses technology that’s similar to a traditional capacitive touchscreen to allow you to interact with the screen using a fingertip much as you would on an iPad or most modern touchscreen smartphones. But you could also use a gloved finger or a more precise tool such as a stylus when the need arises.

At first all we had to go with the story was a photograph or two, but now Diginfonews has posted a video showing the new technology in action.

The touchscreen supports multitouch gestures, but can also be used for handwriting or drawing thanks to a stylus.

The displays are due out in the second half of 2011.