Chinese electronics maker Hisense is one of the only companies producing smartphones with E Ink displays. But the company’s latest pocket-sized device with an E Ink screen is something different.

The Hisense Touch is an Android-powered portable music player with support for 32-bit/384 kHz audio, a dedicated digital to analog converter, and a 5.84 inch E Ink display which gives the device a high-contrast, sunlight-visible screen that draws no power when it’s displaying a static image.

That could give the Hisense Touch longer battery life than other touchscreen media players with touchscreen displays, although the slow refresh rate of E Ink makes this device more suitable for playing music or reading eBooks than high-motion tasks like video or games. 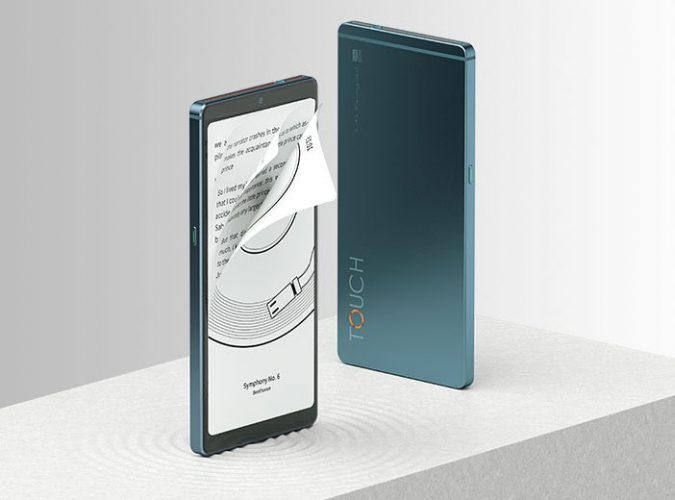 It’s unclear if or when you’ll be able to buy this device internationally, but Hisense phones have a way of making it to international retail sites, so I wouldn’t be surprised if this gadget does as well. Just expect to pay a little extra for international shipping and/or reseller price markups.

The device runs an operating system called Touch OS that’s based on Google Android 11 and features a 3,000 mAh battery, a USB 3.1 Type-C port, 4GB of RAM, and 128GB of storage. It has a 3.5mm headset jack and the system supports WiFi and Bluetooth, but it’s not a phone and does not support cellular networks. There’s also no camera.

What the Hisense Touch does have is an ES9038+ES9603 HiFi chip with support for high-quality audio decoding and playback. 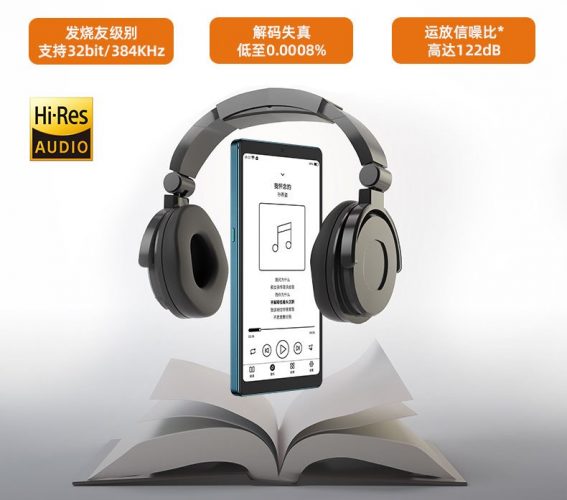 It also has a capacitive touchscreen display with a front-light that can help you see the screen under any lighting conditions. The light supports 2048 different brightness levels and it supports 36 levels of color temperature adjustment, allowing you to filter out blue light. There’s also a light sensor for automatic brightness adjustments and a front-facing camera, but no rear camera.

According to Hisense, the music player is powered by a 1.8 GHz octa-core 11nm Qualcomm processor with Adreno 610 graphics. If I had to guess, I’d say that it’s probably something like a Snapdragon 460 processor.