The Hisense Sero 8 Pro is an Android tablet with an iPad mini-like screen. This little tablet sports a 7.85 inch, 2048 x 1536 pixel display.

Hisense started showing off the tablet in September, but it just showed up at the FCC website, which suggests that a US launch could be imminent. 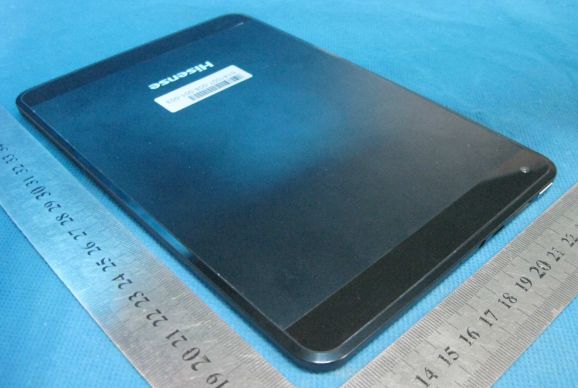 Hisense is a Chinese consumer electronics company that’s probably better known in the West for its TVs than its tablets. But the Hisense Sero 7 Pro made a bit of a splash in 2013 by offering comparable specs to the original Google Nexus 7, but at a lower price (and with the inclusion of a microSD card slot).

US pricing for the new model hasn’t been announced, but it’s supposed to sell for about €199 in Europe. That’s not a bad price for a tablet with a high-resolution screen and a reasonably fast processor.

10 replies on “Hisense Sero 8 Pro tablet hits the FCC, high-res display and all”