The Hisense Sero 7 Pro is one of the best Android tablets you can find for $149 or less. But that doesn’t mean there’s no room for improvement. Out of the box the 7 inch tablet runs Android 4.2 Jelly Bean with just a few modifications such as preloaded with Vudu and Walmart apps.

But now you can root the Hisense Sero 7 Pro, install ClockworkMod Recovery, and even install custom ROMs. 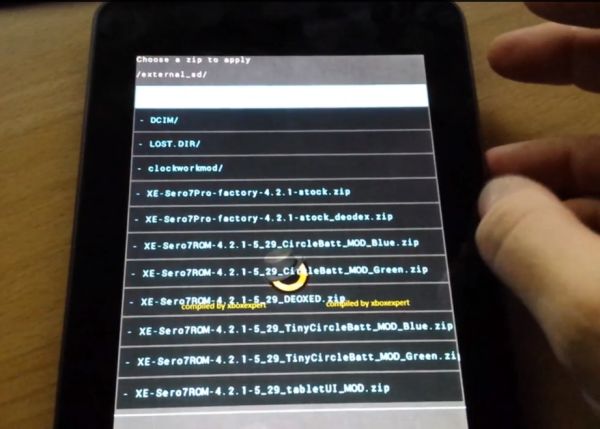 The ROM comes pre-rooted, replaces the stock Android launcher with Apex Launcher, and includes the Xposed Framework which lets you adjust a number of Android settings (such as setting custom DPI settings for each app installed on your device so that some apps will show phone-like views while others will offer tablet views).

Xboxexpert’s ROM is based on the version of Android that comes with the Hisene Sero 7 Pro, but he’s also removed about 80 megabytes worth of software that most users may not need.

The Hisense Sero 7 Pro features a 7 inch, 1280 x 800 pixel display, 1GB of RAM, and 8GB of storage. It’s a lot like the Nexus 7 tablet, but the Hisense model has a microSD card slot, a rear camera, and a micro HDMI port.

It’s available in the US exclusively from Walmart.