The Hisense Sero 7 Pro was already probably one of the best tablets you could buy for under $200 when it launched earlier this summer for $149. Now it’s an even better deal: the Walmart price has dropped to $129.

Hisense has also slashed $20 off the price of its cheaper tablet. You can now pick one up for just $79. 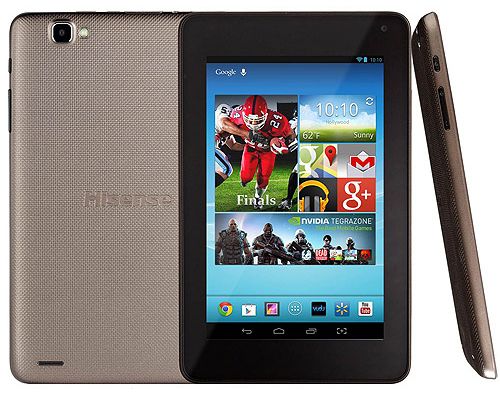 The Hisense Sero 7 Pro features a 7 inch, 1280 x 800 pixel display, a 1.3 GHz NVIDIA Tegra 3 quad-core processor, 1GB of RAM, 8GB of storage, and a microSD card slot. It has a 5MP rear camera and a 2MP front-facing camera and features HDMI output and a micro USB port.

The tablet runs Adroid 4.2 Jelly Bean, features WiFi and Bluetooth, and Hisense says you should be able to get up to 10 hours of battery life.

In other words, it’s sort of what you’d get if you took a 2012 model Google Nexus 7, added HDMI output, a rear camera, and a microSD card slot, all while reducing the price dramatically.

Hisense dropped the price after the tablet had been on the market just a few months — but it’s interesting to note that the price cut comes just days after the Asus MeMO Pad HD 7 tablet went on sale in the United States.

That’s a tablet with very similar specs, and a $149 price tag. After the recent price drop, the Hisense Sero 7 Pro is $20 cheaper than the new Asus tablet, which still makes it arguably the best Android tablet you can buy for its price.

It lacks a rear camera and Bluetooth and gets about half the battery life of the Pro model. If you can afford the $129 Hisense Sero 7 Pro, it’s a much better deal.