Chinese consumer electronics company Hisense has been showing off some interesting tablets, eReaders, and other portable devices at CES and other trade shows for the past few years. But I haven’t really paid much attention since the only tends to sell televisions and related products in the US.

But it looks like that could change. A Hisense Android tablet showed up at the FCC this week, which indicates Hisense may be seeking regulatory approval to sell its first tablet in the United States. 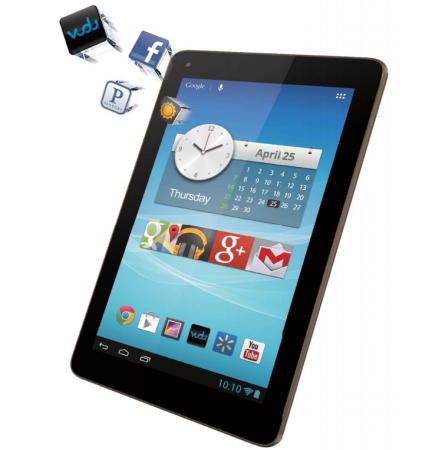 The tablet is called the Hisense Sero 7 Lite, and it features WiFi, HDMI output, a microSD card slot, a micro USB port, and headset jack.

The Sero 7 Lite appears to have a 7 inch display and judging by the lack of a camera on the back (I think there’s one on the front), it’s likely this will be a low-cost tablet.

You won’t find any details specs for this tablet on the FCC website, and there’s no mention of the Sero 7 Lite at all on the Hisense website. But a picture from the partial user manual indicates that the tablet will ship with Android 4.0 or Android 4.1, but not the more recent Android 4.2 operating system.

It does seem to be a Google certified device with access to the Google Play Store and other Google apps including YouTube, Goolge Maps, Google Music, and Gmail.

The tablet features 802.11b/g/n WiFi and a multitouch display.

There’s no information about the processor, screen resolution, storage memory, or price.

While the tablet is officially labeled the Hisense Sero 7 Lite, it also has the model number E270BSA.

One reply on “Hisense Sero 7 Lite tablet hits the FCC”