Pretty soon Vizio won’t be the only company with a $99 Google TV set-top-box to sell you.  Chinese consumer electronics company Hisense has announced plans to bring a $99 Google TV box to the US starting in mid-November. 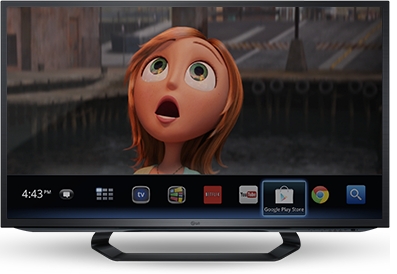 The Hisense Pulse features an HDMI port, support for 1080p displays, and playback of H.264, MPEG-4 and AVC videos.

Like other Google TV devices, it can connect to your cable or satellite box to search for broadcast TV shows and movies as well as internet video.

The device can also download apps from the Google Play Store which are optimized for Google’s TV-centric user interface.

The Hisense Pulse measures 4.5″ x 1.4″ and weighs 1.5 pounds. It uses less than 1 watt of power in standby, and about 20 watts while operational.

Hisense will show off the Pulse Google TV box at the IFA trade show in Germany starting later this week.