Chinese device maker Hisense plans to launch a smartphone that you can also use a tablet… or a smart TV box. It’s called the Hisense MAXE X1, and the company plans to launch the 6.8 inch smartphone in select markets around the globe in March. 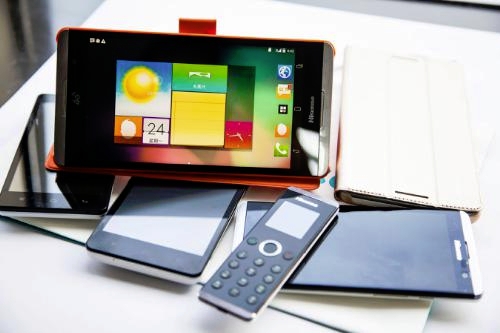 Hisense started showing off the phone at the Consumer Electronics Show in January. Now the company is giving the device a new name and a launch window.

The Hisense MAXE X1 features a 6.8 inch, 1920 x 1080 pixel display. You’d be forgiven for mistaking the phone for a tablet — that’s what I thought it was when I first saw it. And since there’s a fine line between smartphones and tablets these days, you could totally use it as one.

But you can also use the MAXE X1 to make phone calls. It supports WiFi, Bluetooth, and NFC as well as 4G mobile networks.

The phone is powered by a Qualcomm Snapdragon 800 quad-core processor and features 2GB of RAM, 16GB of storage, stereo front-facing speakers, and Android 4.4 KitKat software.

Hisense says you can also use the X1 as a TV box. Just plug the phone into your TV with an HDMI cable and switch to “TV mode” to run Android apps on your big screen. This turns your device into both a TV box and a (wired) remote control for your TV.

You can also use the X 1 with an optional NFC and Bluetooth mini phone module. It weighs less than an ounce and lets take phone calls or respond to text messages without taking the 6.8 inch tablet out of your bag.