Chinese electronics company Hisense has been producing a line of smartphones with E Ink displays for the last few years, making it one of the only companies to do so.

The Hisense A7 is basically what you’d get if you crossed an eBook reader with a mid-range smartphone. It’s available in China for 1,999 CNY (about $305 US). 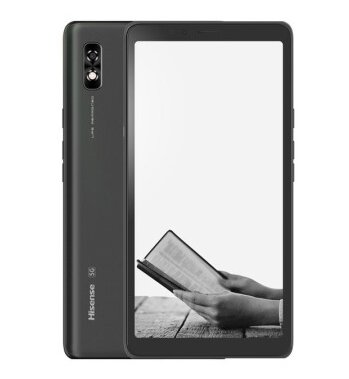 Unlikely to be widely available outside of China anytime soon, the phone does give us a glimpse into an alternate universe where electronic paper is used for things other than eBook readers and digital signage.

For the most part the Hisense A7 has the kind of specs you’d expect from a modern smartphone including a dual rear cameras, a fingerprint sensor, fast charging (18W), a large screen surrounded by fairly slim bezels, 6GB of RAM, 128GB of storage, and an octa-core processor. The phone ships with Android 10.

The processor choice is a little unusual: Instead of a Qualcomm or MediaTek processor, the phone has a Unisoc Tiger T7510 processor, which is an octa-core chip featuring:

But the most unusual feature is the screen: a 6.7 inch, electronic paper display with 300 pixels per inch, support for 16 shades of gray and support for capacitive touch input. 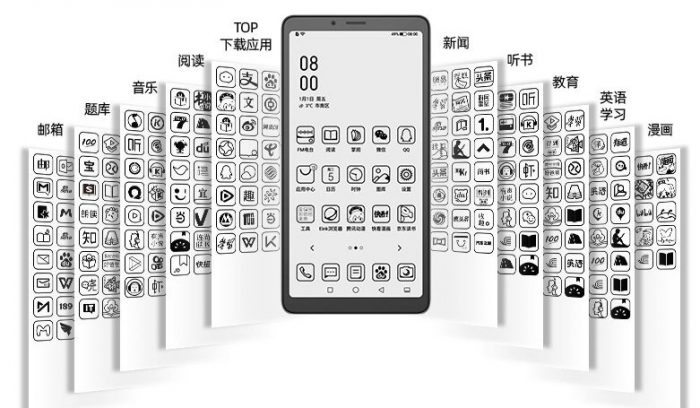 E Ink is different from a typical LCD or OLED display in that it can be easily viewed using ambient light with no need illumination, although the Hisense A7 does have a front-light that will come in handy if you want to be able to see the screen in a dark or poorly lit environment. The screen can also display a static image indefinitely without consuming any power at all – electricity is only used when the image on the screen is redrawn.

For an eReader like a Kindle, Nook, or Kobo device, that often means battery life that’s measured in weeks rather than days or hours. The situation is usually a little different for phones, since a device like the Hisense A7 has a more powerful processor, 4G and 5G connectivity, and there’s a good chance you’ll be asking it to refresh the content on the screen more than once every minute or so. 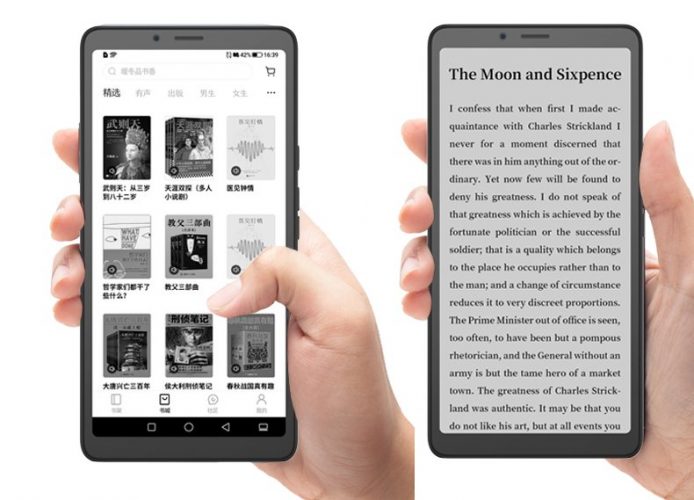 But you could still reasonably expect longer battery life than you get from a typical phone. The fact that the Hisense A7 has a 4,770 mAh battery probably won’t hurt either.

That said, E Ink displays usually have slower screen refresh rates than LCD or OLED displays, and when you combine that with the phone’s limited color palette, the Hisense A7 is probably a poor choice for anyone who watches a lot of video, plays a lot of games, or takes a lot of pictures with their phone.

via GizmoChina and MobileRead