About a month after launching the new HiSense A7 5G smartphone with a 6.7 inch grayscale E Ink display, Hisense has added a color model to the lineup.

Update: The HiSense A7 CC is now available for purchase globally for about $510 and up. 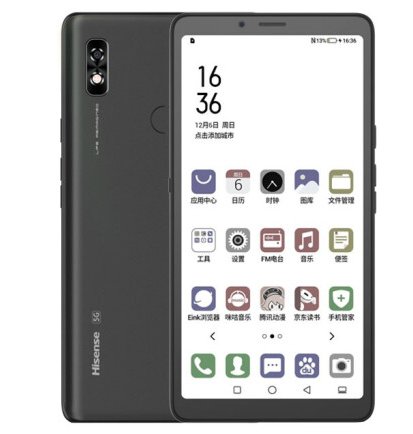 The phone’s not available internationally yet, and I wouldn’t be surprised if it had limited support for non-Chinese wireless networks. But at that price, the Hisense A7CC is only a little more expensive than dedicated eReaders featuring color E Ink displays, so it would probably make a half decent tablet.

Kaleido technology doesn’t provide the same kind of vivid colors you’d see from an AMOLED or LCD display, and E Ink displays tend to have slow refresh rates. So this might not be the kind of phone you’d want to use for gaming or video playback. But E Ink screens are easily visible in direct sunlight or brightly lit rooms, even without any artificial illumination. The displays are also energy efficient and don’t use any electricity to display a static image indefinitely.

All of which is to say that E Ink is an unusual choice for smartphones, but commonly found in eReaders. The addition of color can make some content such as digital comics or magazines look a little more interesting, and color could go a long way in making E Ink phones a little more usable. 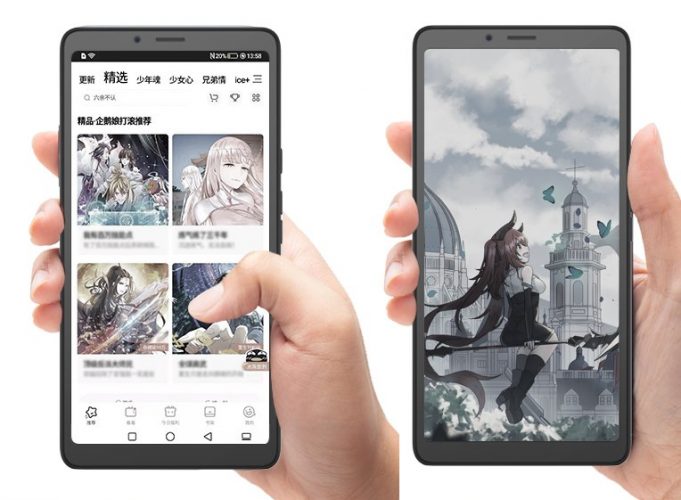 Th Hisense A7CC is actually the second color E Ink phone from the Chinese electronics company. Last year’s Hisense A5 was the first, but that phone had a smaller screen, a slower processor, and less memory and storage than the new model, which has features that include: