The Yota 3 isn’t the only new dual-screen phone launching in China that features an E Ink display on one side and a color screen on the other. The Hisense A2 Pro is a similar dual screen system, similar specs, and one more similarity: it’s unlikely you’ll be able to buy either phone in the US anytime soon.

But if you happen to read Chinese, you can find out more about the Hisense A2 Pro from a product listing at Chinese internet commerce site JD. 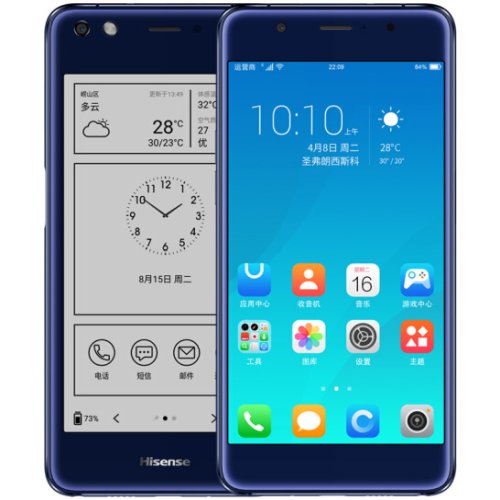 While I can’t verify all the specs (and Google Translate is no help, since most details are listed in pictures rather than plan text), here’s a roundup of the specs I can identify for the Hisense A2 Pro:

Update: Wired’s Italian website also has more details, confirming the camera resolution among other things. Comparing JD and Wired’s pages though, it seems there’s differing opinions on whether the phone supports microSD cards up to 64GB or up to 128GB). Thanks Gisle!

This isn’t the first dual screen phone from Hisense. Earlier this year the company launched a similar mode called the Hisense A2, but that version had a less powerful Snapdragon 430 processor lower-resolution cameras.

Official pricing hasn’t been unveiled yet.