Chinese electronics company is probably best known in the West for its televisions, but the company also produces smartphones, and it looks like one upcoming model is a dual-screen version with an AMOLED screen on one side of the phone and an E Ink display on the other.

This wouldn’t exactly be the first device of its type, but it’s been a while since we’ve seen this kind of dual-screen phone. The Hisense A2 hasn’t gone on sale in China yet, but the phone did pass through the TENAA website recently, suggesting that it’s coming soon. 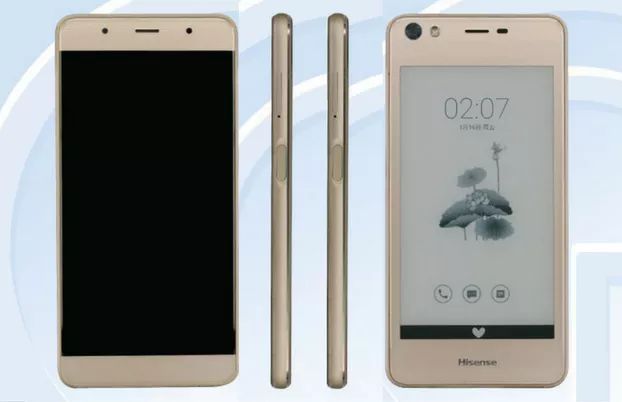 Advantages of the E Ink screen include sunlight visibility, low power consumption, and the ability to display a static image without using any power — so you can load up a shopping list, directions, boarding pass, or other notes and it’ll stay on the screen indefinitely even if your battery dies. You could also use that screen to read eBooks or other documents.

via TechGrapple, and Phone Radar

23 replies on “Hisense A2 leaked: dual-screen phone with AMOLED and E Ink displays”