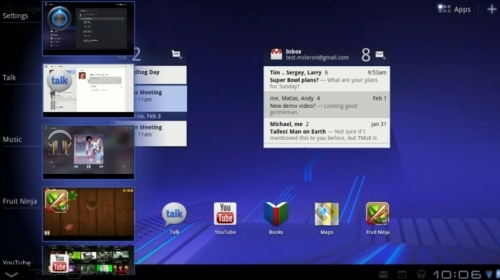 Google held an event today to talk about Google Android 3.0 Honeycomb and the Android Market. There weren’t a ton of surprises, but we did get a better look at the Honeycomb interface designed for tablets, and Google did announced some Market changes that are going to make life a bit easier for Android developers and users.

While Honeycomb is designed as the first version of Android to support tablets, Google’s making it pretty clear that the platform will also support smartphones. What’s more, many apps that have been designed for smartphones should work with Android 3.0 Honeycomb tablets, despite the differences in screen resolution.