Google Android 4.3 may be a minor update to Google’s mobile operating system, but it has some nice features including performance tweaks, Bluetooth improvements, support for limiting a user’s access to some apps or content on multi-user devices, and much more.

But if you dig into the source code, it looks like there are also a few features Google hasn’t announced. That’s exactly what the folks at Android Police did, and here are a few things they’ve found. 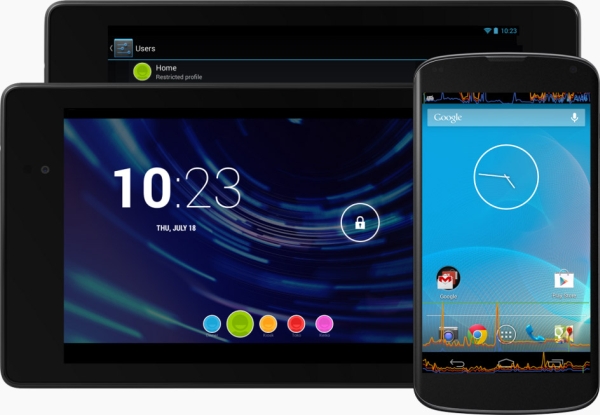 You can already pick up Android tablets with screen resolutions as high as 2560 x 1600 pixels, or phones with 1080p screens. In some cases, that means packing as many as 480 pixels per inch of screen real estate.

But Android 4.3 support up to 640 pixels per inch with a new setting it calls XXXHDPI.

That means we could see support for screens with resolutions as high as 3840 x 2160 pixels — and while it makes the most sense to use that kind of resolution on a TV or laptop display, don’t be surprised if someone decides to make a phone or tablet with an XXHDPI display as a marketing gimmick.

It’s already pretty tough to tell the difference between a 720p and 1080p screen on a smartphone unless you look pretty close — although there is a difference. There probably isn’t much need to offer 4 times as many pixels on a 5 inch or smaller screen, but that doesn’t mean someone won’t do it.

Don’t understand why your app for reading eBooks needs permission to your phone logs or why your restaurant menu app keeps using GPS to determine your location while draining your battery?

Up until now the easiest thing to do was to uninstall (or not install) that app.

But Android Police found a hidden feature in Android 4.3 that allows you to disable some permissions for apps on a per-app basis. 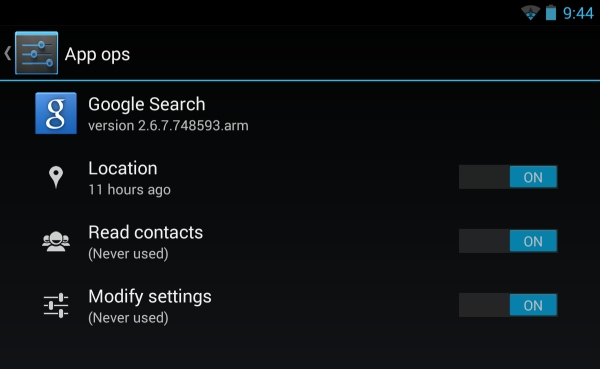 It’s called App Ops, and it’s apparently not ready for prime time yet, so Google has sort of hidden it away in Android 4.3. It’ll probably be easier to access in future updates. But there’s an unofficial Permission Manager app that makes it easy to access the new settings. It should work on any device running Android 4.3.

Not only does App Ops let you turn off permissions for apps, deciding that Google Search, for instance, can’t access your location. But it’ll also tell you when the last time was that you actually used that feature — so you might be able to get a sense of how often you’re currently using a permission. That could help decide if you really want to disable it.

This is a pre-release feature, so while you can play with it now you might want to make a note of your existing settings and proceed with caution. There’s a chance you could break something and cause some apps to stop functioning properly.