For almost as long as Raspberry Pi has been selling tiny single-board computers, folks have been turning them into tiny laptops. But the hgTerm handheld might be one of the most impressive DIY mini PCs I’ve seen to date.

It’s a pocket-sized computer with a 4 inch touchscreen display, a 270 degree hinge that lets you flip it around backward, a thumb keyboard, and a 3D printed case. The whole thing runs on battery power for hours at a time, and the brains of the operation is a Raspberry Pi 3.

Igor Brkić, the developer of the project, has posted a series of videos showing the hgTerm being used for activities ranging from Arduino programming to running PlayStation games. 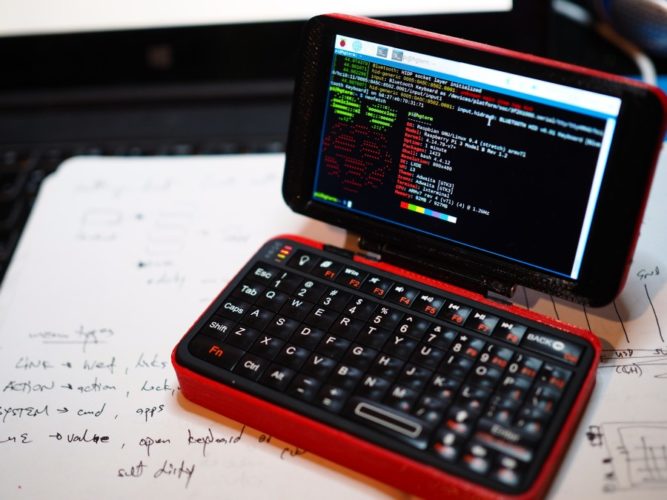 In order to make the hgTerm as small as possible, the developer actually stripped away a few Raspberry Pi components including the Ethernet port, HDMI port, and most of the USB ports, since they aren’t needed when using the mini laptop. There’s also a tiny copper heatsink placed atop the processor to help with thermal management.

Power comes from a Xiaomi 5,000 mAh power bank which was ripped apart, scavenged for pieces, and reassembled inside the case. It accounts for much of the little computer’s weight.

You can find more details about the construction, software, and performance at the hgTerm project website.