It’s been over a year since Banana Pi first shared renders of the BPI-M2S, but now the board is finally available for purchase. Two models are listed on AliExpress, one with an Amlogic S922X processor and the other with an Amlogic A311D.

They sell for $95.79 and $100 respectively. The difference between the two is that the A311D packs a neural processing unit (NPU) capable of up to 5 trillion operations per second (TOPS). The cheaper S922X version also doesn’t support Banana Pi’s DSI camera or CSI display interfaces. 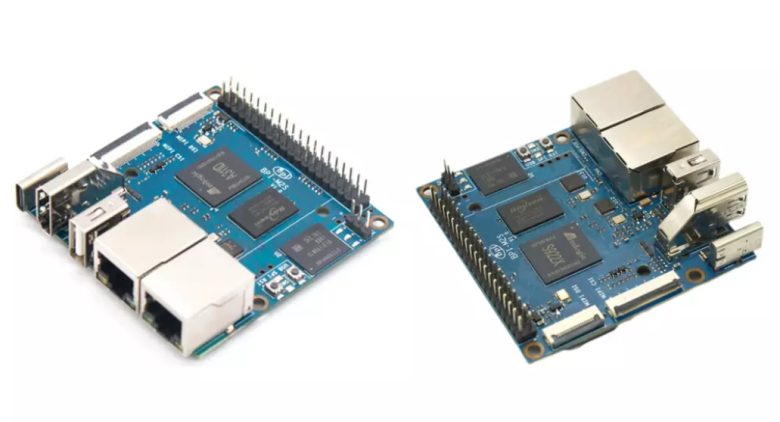 The BPI-M2S maintains the same footprint as the M2 Pro at 65mm square. The port configuration is quite different, however, so it’s not made for direct swaps. For starters, there’s now a USB-C connector to deliver power instead of a jack for a barrel-type adapter. The pin header can also be used for power.

There’s now a single USB port which stands vertically between the HDMI (which can output resolutions up to 4K at 60Hz) and a pair of gigabit Ethernet ports. You can also power the unit via those ports by purchasing the add-on PoE board from Banana Pi. Wi-Fi and Bluetooth support can also be easily added via the 40-pin header.

The official store on AliExpress is currently offering a couple of coupons, too. They’re not much, but they just about cover the cost of shipping to the U.S.