Android 4.4 KitKat is the first version of Google’s mobile operating system to get a new dessert name since mid-2012 when Android 4.1 Jelly Bean first launched. But aside from a name change, what’s new in Android 4.4?

Google’s latest version of Android looks a lot like earlier versions, but it has a few noticeable new features and a lot of changes under the hood that could lead to a more unified experience no matter which Android phone or tablet you’re using.

Top tier phones like the HTC One, LG G2, and Samsung Galaxy S4 get a lot of attention. But an awful lot of the Android phones in the wild are cheaper models with less storage and memory, lower resolution displays, and all the other compromises you’d expect from lower-cost devices.

Google wants Android 4.4 to run on those devices nearly as well as it does on high-end models. KitKat is said to support phones with as little as 512MB of memory, for example, and Google will provide developers with tools to create apps that work within those constraints.

At a time when some Android phones have as much as 3GB of RAM, it’s nice to know you might not need that much memory.

Google says the memory improvements will also help speed up multitasking on all systems.

When Google decided to try to improve touch responsiveness a while back, the company called the initiative Project Butter. The new memory enhancements are part of a new effort called “Project Svelte.”

Google has updated the phone dialer app with integration of a search field that works across contacts, nearby places and a Google Apps account.

The app also prioritizes contacts based on who you talk to most. 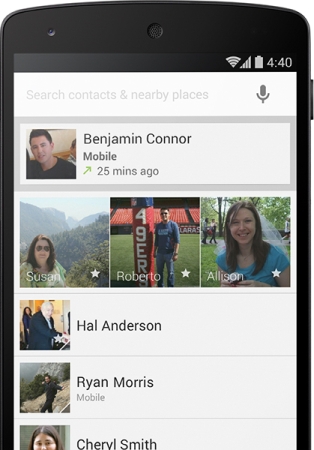 Google’s new phone app also includes a caller ID that will try to identify the source of a call even if it comes form an unknown number. It’ll look for local businesses in Google Maps for clues, for instance.

Not only can you get to Google Now by swiping up on the home screen once, but Google is also integrating voice actions into the launcher — you can say “OK Google” to launch voice search or use voice commands to send a text, get directions, or play music. 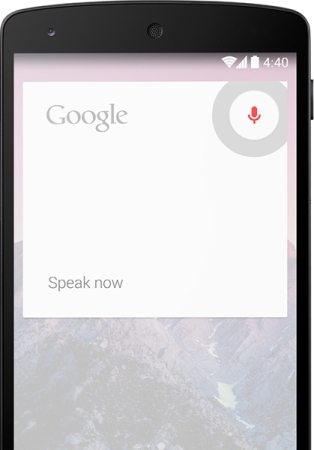 “OK Google” works whenever you’re on your device’s home screen or using Google Now. There’s no need to tap a microphone icon to start a voice action.

Want to get rid of the on-screen buttons while reading a book, playing a game, or watching a movie? There’s a new immersive mode which makes everything but the app disappear. 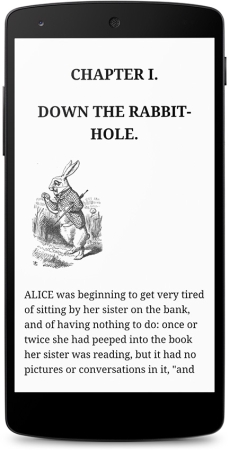 You can bring up your status bar and buttons again by swiping from the edge of the screen.

One of the key differences between a mobile tablet or phone and a traditional PC like a desktop or notebook is that it’s easy to hook up the latter to a printer. Google’s making it easier to use a printer with mobile devices by integrating support for Google Cloud Print at the operating system level. 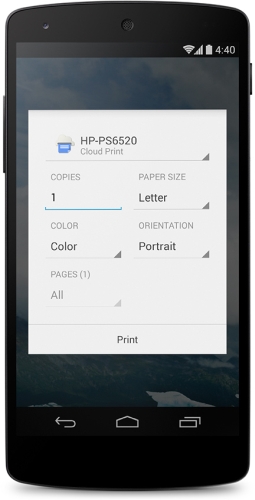 This means that you’ll be able to print documents, email messages, pictures, or other items using WiFi or Bluetooth. You’ll need a printer that supports wireless connections and which uses Google’s Cloud Print service if you want to do that without turning on your PC first. But it’s a big improvement over emailing yourself a document and printing it from your computer.

Want to save files to Google Drive or another online storage system instead of to your local storage? No problem. 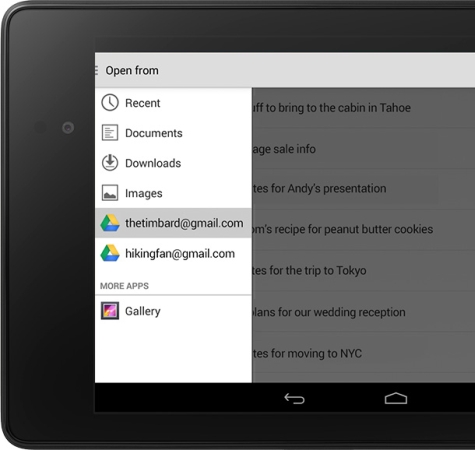 Support for cloud storage services is built right into the operating system and already works with QuickOffice and other apps. 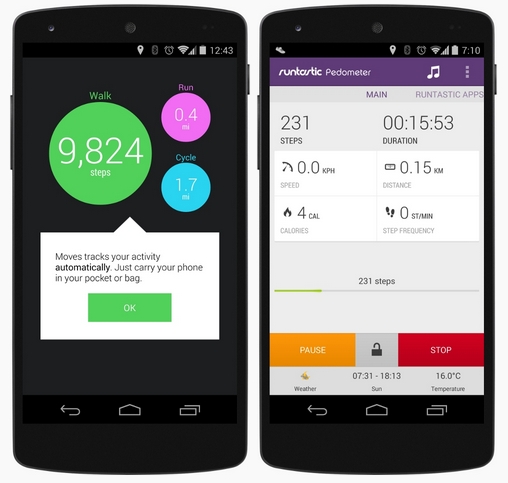 In other words, it’ll support the kind of fitness and location-related apps that you might want to include on a smartwatch or other wearable device.

Some companies include IR ports and TV remote control software on their devices, but now Google wants to make it easier for developers to create third-party TV controller apps that work across devices by building support for them into the operating system itself.

That way you don’t need to use different APIs for Samsung and HTC devices, for instance.

This feature still requires an infrared blaster though, so it won’t work with all phone and tablets.

It looks like Koush didn’t need to build his own screen recording tool for Android. It’s built into Android 4.4.

There’s a screen recording utility aimed at developers that want to record high-quality MP4 videos of their software for tutorials or marketing.

Developers will be able to block screen recording in certain apps — preventing you from doing things like recording and saving videos from Netflix.

There are many other changes, including: 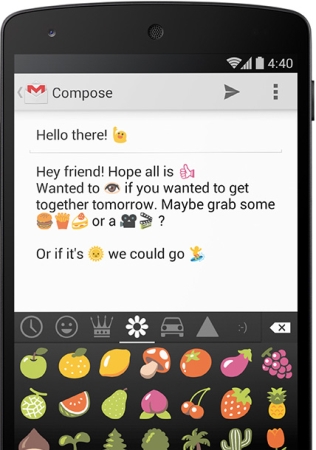 You can find more technical details in the Android 4.4 platform highlights page for developers.

Android 4.4 KitKat ships with the Google Nexus 5, and it’ll be available as a software update soon for the Nexus 4, Nexus 7, Nexus 10, and Google Play Editions of the Samsung Galaxy S4 and HTC One.