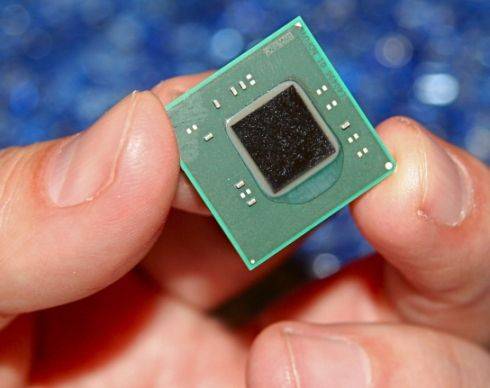 Last month Intel announced that it was stepping up the pace of development for its low power Atom processors so that they would keep in pace with the company’s mainstream chips. Right now most Atom processors are 45 nanometer chips, but soon we’ll see 32nm and smaller chips, leading to more efficient processors.

CNET got a little more information about the Atom roadmap from Intel this week. We’ve already heard a bit about the upcoming Medfield chips designed for tablets, phones, and other low power devices as well as the Clover Trail platform for netbooks and other more demanding systems. These will be the first two 32nm chips and they’re due out in early 2012 and late 2012, respectively.

Now we also have a little bit of information about the chips that will follow:

For the last few years Intel’s low power Atom chips have dominated the netbook space with little competition. But recently Intel has been facing attacks on two fronts. AMD has finally started producing low-cost, low-power chips with high performance graphics such as the AMD C-50 and AMD E-350 which are showing up in netbooks and laptops. And the tablet space is currently dominated by low-power ARM-based processors from NVIDIA, Qualcomm, Texas Instruments, and others.

Competition is a good thing here, as it looks like it’s going to push Intel to reduce power consumption and improve performance to compete with both AMD and the many ARM chip makers over the next few years. It’s definitely too early to rule Intel out of the tablet space, and it should be interesting to see whether the company can continue to maintain its lead in the low-power netbook and notebook space.