Google is working on adding the ability to run some Android apps on Chrome OS laptop and desktop computers. But that doesn’t mean that you’ll be able to run every Android app in the Play Store on a Chromebook… at least not initially.

During this week’s Google IO developer conference, Google demonstrated a few apps that are already working including Evernote, Vine, and Flipboard. Want to see more apps running on Android? Google wants your help picking some. 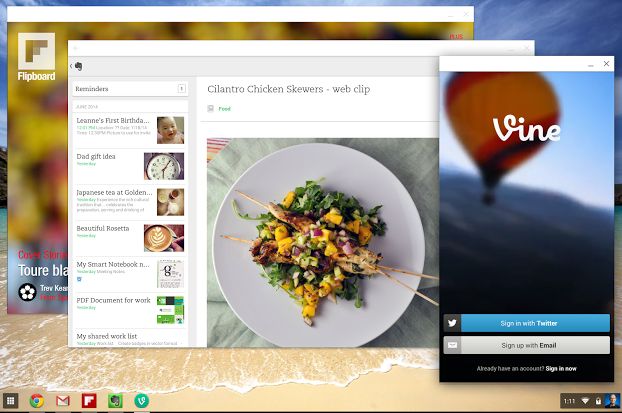 The implication is that one day it might really be possible to run every Android app on Chrome OS — but at launch, Chrome OS won’t support every app. So Google is going to pick a group of apps to prioritize.

Google is running a poll that asks users which Android apps they’d like to use on Chrome OS. Just include a link to the Play Store page for that app and let Google know if you’re the developer of the app and provide your email address if you are — so Googlers can get in touch if they need to.

Google isn’t saying when it’ll let users start to run Android apps on Chrome OS or exactly how much work is involved — it’s not clear if Google just wants to make sure apps are optimized for a mouse and keyboard or if there are some underlying bits of code that need to be altered before Android apps will run on a Chromebook. But it does seem clear that Google doesn’t plan to stop at Evernote, Vine, and Flipboard.