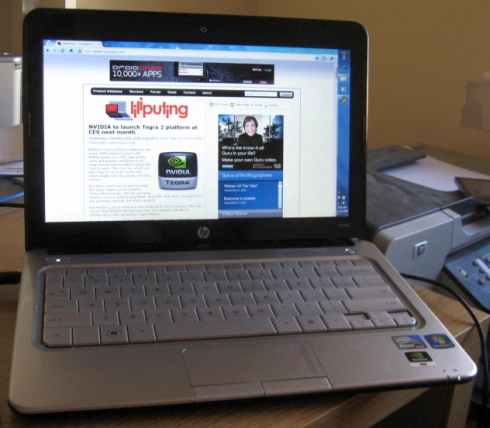 There, I said it. I mean, OK, I’ve said it before. A number of times. But now I’m not the only one saying it. Engadget’s Joanna Stern just published a roundup of 4 laptops with NVIDIA ION graphics and Intel Atom processors. And while they blow away your typical netbook with integrated graphics when it comes to HD video playback and 3D gaming graphics, here’s the dirty little secret: When you’re performing tasks that don’t feature GPU acceleration, most of these computers actually feel slower than your average netbook.

My best guess as to what’s going on here is that there are 70% more pixels in a 1366 x 768 pixel display than a 1024 x 600 pixel screen. And that means that when you’re loading web pages or performing other tasks, the CPU has to work a lot harder to pump out 2D graphics.

That’s why I noticed laggy performance when I reviewed the HP Mini 311 laptop, the Gigabyte TouchNote T1028X tablet, and the Asus Eee Top ET1602 all-in-one desktop. All of these computers have single core Atom processors and 1366 x 768 pixel displays.

Now, the difference isn’t huge. That’s especially true now that Flash Player 10.1 beta supports GPU acceleration for computers NVIDIA ION chips or Broadcom Crystal HD video decoder cards. Because to be honest, I probably wouldn’t have noticed this problem early on if it weren’t for the fact earlier machines I tested struggled to play Flash video in full screen mode. The HP Mini 311 had no such problem with standard or high definition Flash video thanks to the ION chipset.

But some apps do take a bit longer to load, and your computer might feel a bit less responsive if you have a higher resolution display.

Now for the big caveat: This is true for every machine I’ve tested with an Intel Atom n270 or N280 chip and GMA 950 graphics. I have not yet tested a computer with an Atom N450 chip, GMA 3150 graphics and a 1366 x 768 pixel display. I’ll be curious to see if there’s any improvement with the new chips.

It’s also worth noting that Joanna found that the Asus 1201N performed about as well as a typical netbook on non-GPU accelerated tasks thanks to its dual core Atom 330 processor. Unfortunately, that CPU takes its toll on battery life. You’ll be lucky to get two and a half hours of run time while watching video.

Of course, Atom ain’t the only game in town anymore. While the chipset works well enough for 10 inch netbooks with 1024 x 600 pixel screens, Intel has a higher priced and more powerful CULV chipset that plays nicely with higher resolution displays. AMD and VIA also have their own solutions.