You use the HBO NOW apps from the Google Play Store or Amazon Appstore or Android to stream movies or TV shows to a smartphone or tablet (including Amazon’s Fire tablets).

Support for Google’s Chromecast and Amazon’s Fire TV and Fire TV Stick should be coming soon. 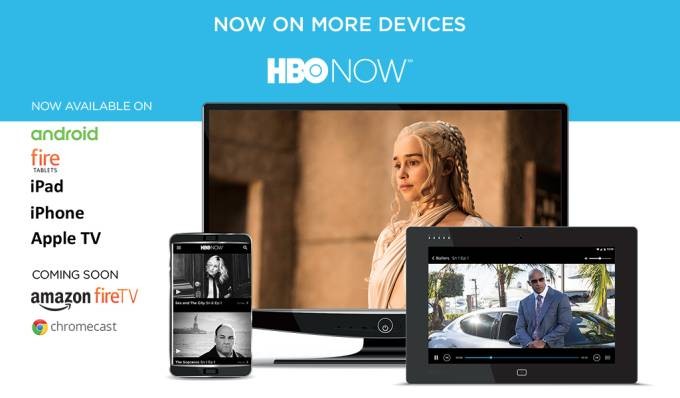 HBO Now subscriptions cost $15 per month, but unlike the company’s HBO Go service, you don’t need to be a cable subscriber to use the service. In fact, for the first month, you don’t have to pay anything at all: HBO is offering a 30-day free trial.

HBO Now launched in March as an Apple exclusive. Over the past few months we’ve seen it expand to other platforms: Support for Android, Chromecast, and Android TV was recently promised, and Sling TV subscribers can get an extraordinarily similar service that’s just not called HBO Go.

Note that HBO NOW doesn’t work on Android devices that have been rooted.

Rival Showtime, meanwhile, is already offering its own streaming internet service for $11 per month to Roku and Apple users. You can also stream Showtime on other devices including Android, Chromecast, Fire TV boxes, and game consoles by paying $17 per month for a Hulu Plus and Showtime subscription bundle.