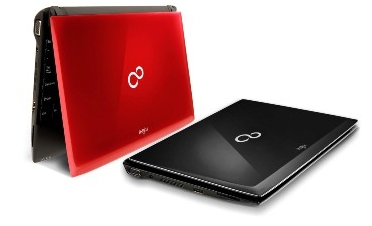 Fujitsu launched a new 10 inch netbook this week. The Fujitsu LifeBook MH330 has a 10.1 inch, 1024 x 600 pixel display and a 1.66GHz Intel Atom N450 processor just like every other netbook released since January. No word on when it will be available in the US, but it sells for about $500 in Singapore… and that got me thinking: Fujitsu has released several netbooks over the last few years. And they’ve all been significantly more expensive than a typical netbook. Who exactly is Fujistu hoping will buy these things?

But with other netbooks with similar features selling for $300 to $400, why would anyone spend the extra money on a Fujitsu mini-notebook? I’ve never spoken with anyone who has actually purchased a netbook from Fujitsu. Have you? What did you think? Let us know in the poll and sound off in the comments.

Update: I should probably make it clear that when I say netbook, I mean a notebook with a 10 inch or smaller screen and a $500 or cheaper price tag. I know Fujitsu has been making ultraportables for years. But the company’s products that are comparable to other netbooks on the market are the M2010, MH380, and MH330 and possibly a few related models, most of which have sold for $450 to $500 and have Intel Atom processors.

9 replies on “Has anyone ever purchased a Fujitsu netbook?”