Microsoft’s Cortana voice assistant is currently available to pretty much anyone with a Windows 10 PC or smartphone. But in December Microsoft announced Cortana would also be coming to third-party hardware, including an upcoming smart speaker from Harman Kardon.

Update: Now Microsoft and Harman Kardon have officially unveiled the Invoke Intelligent Speaker with Cortana, which should be available this fall. 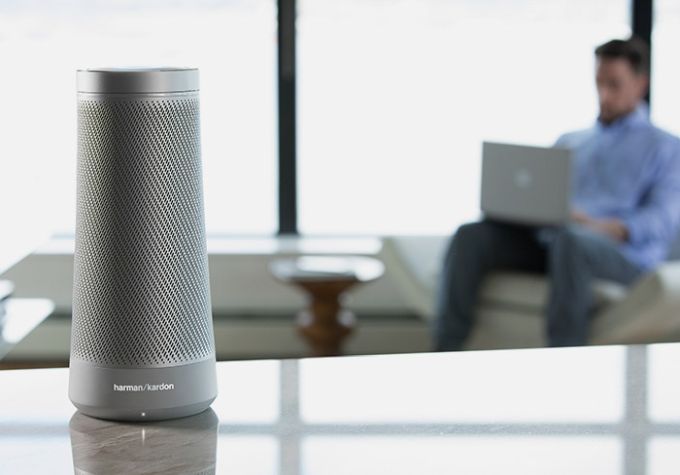 First spotted by Thurrott.com’s Brad Sams, the “coming soon” page includes a few pictures of the speaker, some details about its functionality, and the official announcement provides some more details.

All told, the Invoke looks a bit like an Amaon Echo: it has a roughly cylindrical design with 360-degree sound, so it doesn’t matter what direction the speaker is facing.

The speaker’s a bit wider at the bottom than the top, which makes it look a little different from an Amazon Echo, and it has a metal speaker cabinet, while Amazon’s device is plastic. The speaker includes 3 woofers, 3 tweeters, and 2 passive radiators. There are also 7 microphones with support for beam forming, echo cancellation, and noise reduction to pick up your voice from across a room. 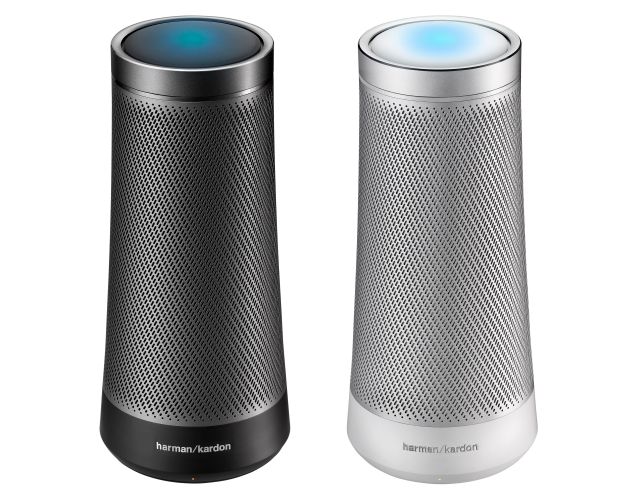 In addition to playing music, answering questions, and performing other basic tasks, the Harman Kardon Invoke will let you make Skype audio calls, which is something that you can’t currently do with an Amazon Alexa or Google Home device… although rumor has it that Amazon plans to add phone call capabilities to an upcoming Alexa-enabled device.

There’s also support for controlling (some) smart home gadgets with your voice. If you have compatible hardware, you can link your thermostat, lights, or other gear to your account and use the speaker to control temperature or lighting, for example.

There’s no word on how much the Invoke will cost, or if it will be the first Cortana-enabled speaker to hit the market. But the Harman Kardon Invoke is expected to launch in the US this fall, and will require a Windows 10, Android 4.1.2, or iOS 8.0 or later device to set up.