As expected, Hardkernel has introduced a new development board built around Samsung’s Exynos 5410 octa-core processor. It’s called the ODROID-XU, and it’s available for purchase for $149 during the month of August. After that the price goes up to $169. 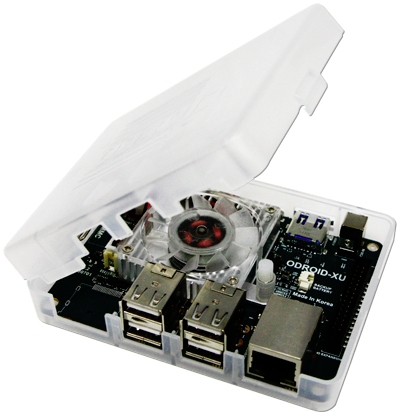 Like other dev boards, the ODROID-XU is basically a single-board computer with a series of exposed connectors and expansion pins that let developers use it as a platform for testing hardware and software projects.

You could buy this sort of device to use as a standard Android or Linux computer. But it’s really aimed at developers, hobbyists, and professionals looking to build new projects or test existing software to see how it performs on this type of hardware.

That said, the ODROID-XU would make a pretty slick computer. Not only does it have the same processor core as Samsung’s Galaxy S4 smartphone, it also has 2GB of RAM, a microSD card slot and eMMC connector for storage, a microHDMI port, 2 USB 3.0 ports, 4 USB 2.0 ports, and Ethernet support. 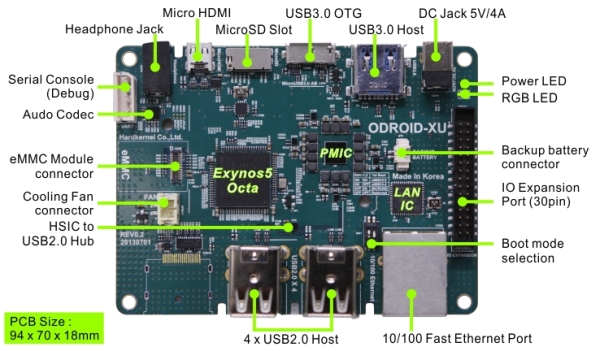 It also sports expansion pins, a serial console, and other bits that you’ll need for debugging or hooking up hardware.

The basic package comes with a plastic case and a cooling fan.

Samsung recently introduced a faster Exynos 5420 chip with ARM Mali-T628 graphics, but it’s likely the Hardkernel ODROID-XU was in development before that newer chip was available. 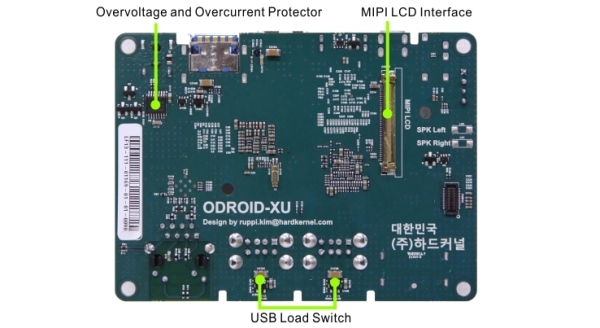