Korean company Hardkernel offers a line of tablets aimed at developers. While they tend to have some great hardware, they also tend to carry high price tags. Now the company is offering a new developer board which costs just $129.

But developers can also opt for a significantly cheaper developer board called the ODROID-X. 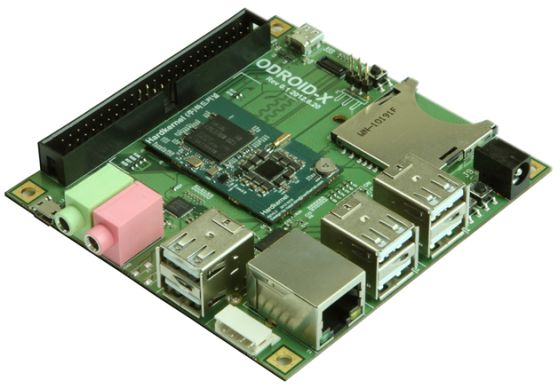 While the ODROID-X is aimed at software and hardware developers, it could also be the basis for a rather interesting DIY mini-PC. It may cost significantly more than a $35 Raspberry Pi or $74 MK802, but the little device also has one of the fastest ARM-based processors available and a number of expansion options.

21 replies on “Hardkernel ODROID-X: $129 Android developer board with quad-core CPU”