Hardkernel is updating its line of ARM-based developer boards with a new model featuring one of the speediest ARM chips available. The new ODROID-XU3 is powered by a Samsung Exynos 5422 octa-core processor with 4 ARM Cortex-A15 and 4 ARM Cortex-A7 CPU cores.

It’s available for pre-order for $179 and should begin shipping in mid-August. The new board is a more powerful version of last year’s ODROID-XU which has a similar, but slower Exynos 5410 processor. 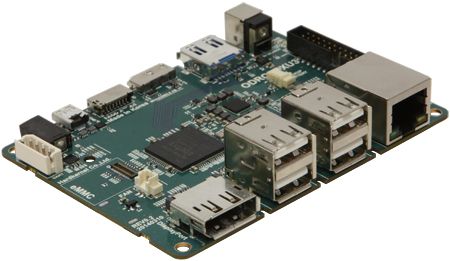 It supports heterogenous multi-processing, which means it can use all 8 CPU cores at once or just a smaller subset.

While this little guy has the guts of a small computer and supports Android 4.4 KitKat or Ubuntu 14.04, it’s aimed at developers. That doesn’t mean it wouldn’t make an interesting option for a home media center though… it supports 4K video and OpenGL ES 3.0 graphics.

Note that there’s no storage included in the $179 kit, so you’ll need to buy an SD card or eMMC module.