Most of the products Hardkernel sells under its ODROID brand are single-board computers (or handheld game consoles) with ARM-based processors. But the ODROID-H line of products are a little different: they’re little computer boards with SODIMM slots for memory, an M.2 slot for storage, and a low-power Intel processor with support for Windows as well as Linux-based software.

The latest models are the new ODROID-H3 and ODROID-H3+ which are powered by 10-watt Intel Jasper Lake quad-core processors. They’re available now for $129 and up. 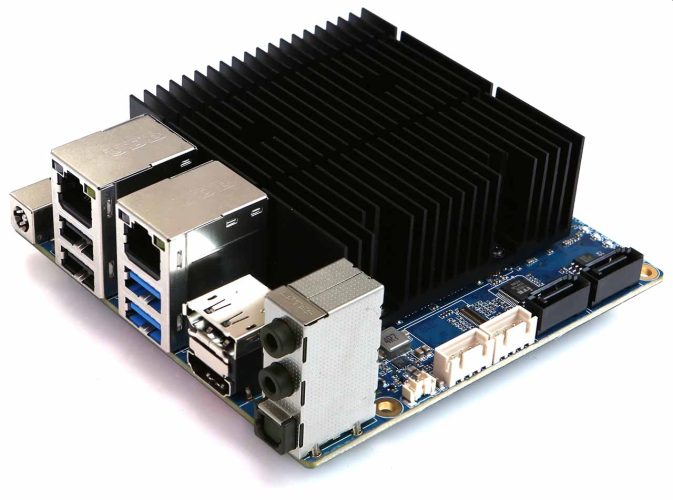 The $129 ODROID-H3 features an Intel Celeron N5105 processor, while the $165 ODROID-HD3+ has a higher-performance Intel Pentium N6005 processor.

Both chips are 10-watt, 4-core, 4-thread processors with Intel UHD integrated graphics. But the Pentium chip supports higher CPU and graphics frequencies and has a GPU with 32 execution units (eu), while the Celeron processor has 24 eu.

Both chips are a major upgrade over the Intel Celeron J4115 Gemini Lake processor Hardkernel tapped for the previous-gen ODROID-H2+ that launched a few years ago.

Other upgrades include a move from support for a PCIe Gen 2 to PCIe Gen 3 NVMe storage and the addition of fTPM support, allowing users to install Windows 11. 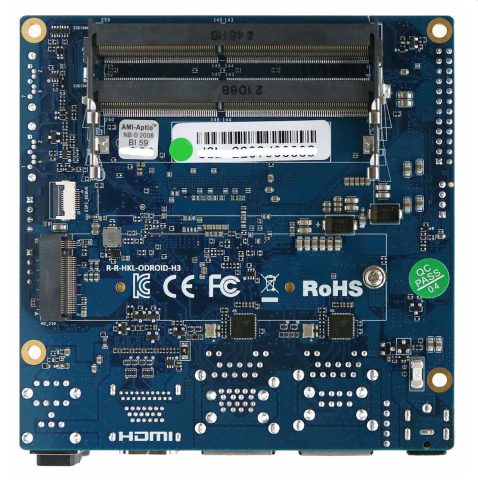 Hardkernel says the ODROID-H3 series is the same size as previous-gen models though, measuring 110 x 110mm (about 4.3″ x 4.3″) and has the same set of ports including:

There are also two SATA 3 connectors that an be used for hard drives or solid state drives, an eMMC socket for optional onboard storage, a 24-pin expansion header, and a fan connector for active cooling, although the system can also be used with a passive heat sink.

Hardkernel says the little computers can support up to 64GB of DDR4-2933 memory if you add two 32GB sticks of RAM.

The company recommends using a 60W power supply (or 133 watts if you plan to connect two 3.5 inch hard drives).