The Samsung Ativ Book 9 2015 is a thin and light Windows notebook with an Intel Core M Broadwell processor and a 12.2 inch, high-resolution display.

It’s expected to launch in early 2015 for $1200, but Samsung brought an early prototype to CES. 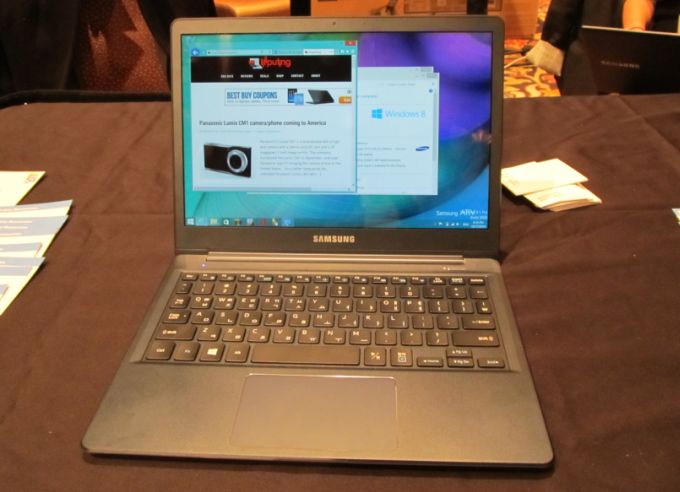 The laptop is remarkably thin and light, at jut 0.5 inches thick and 2.1 pounds. That makes it a bit thinner, but heavier than Lenovo’s new LaVie Z series laptops.

The demo unit I spent time with is a prototype that has a keyboard with letters in several languages and which doesn’t have the Samsung logo on the lid. But the basic design shouldn’t be all that different from the model Samsung will ship later this year.

The laptop has 2 USB 3.0 ports, a headset jack, and not much else in the way of ports.

It’s a fanless system, thanks to its low-power Intel Core M processor. But it also may not be as fast as some thin-and-light laptops with Intel’s more powerful Broadwell U chips which were launched this week.