After writing about Lapscreen last week, I got a chance to see the displays in action and talk to the developer behind the idea. He has big plans for these little screens. 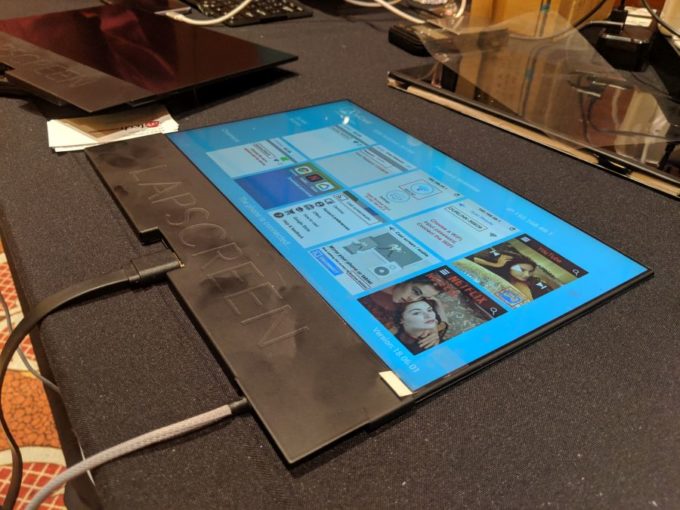 The displays feature HDMI and USB Type-C ports. Plug one into a laptop and you’ve got a second screen for your PC. If you use a USB-C cable for video input, it will also draw power from your laptop.

You can also connect a phone or tablet, but you may need to use a separate cable for power if you do that. And if you don’t want to run wires from your phone to the screen, you could also connect a wireless display dongle and then use the screen casting feature on your mobile device (if it has one). 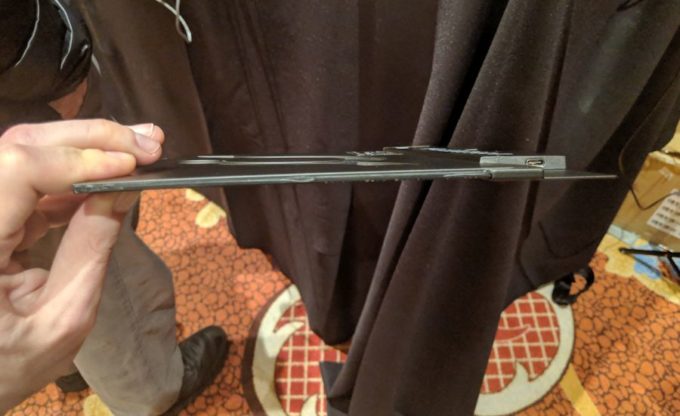 Multiple displays can also be used with a single device — the developer is showing off a set of screens plugged into a MacBook to create a single ultra-wide display.

In the future there may be Lapscreen models available with built-in kickstands, but for now if you want to prop one up you’ll need to buy a separate stand. The display’s default state is to lie flat on a table — but that may be a feature and not a bug. With a screen this thin and light, it’s easy to think of the LCD display as a form of digital paper that you can use to display documents, images, or other files you’re working on while leaving your computer’s primary display free.

Meanwhile, adding a 12.5 inch screen to a phone could allow you to use the computer in your pocket more like a real PC.

At least that’s the idea — but there’s one significant barrier: the price. The non-touch version of the Lapscreen sells for $200 and the touchscreen model has a list price of $300 (although it currently seems to be available from FayTech for $265). That’s a lot of money to spend on a secondary display that doesn’t even stand up on its own.