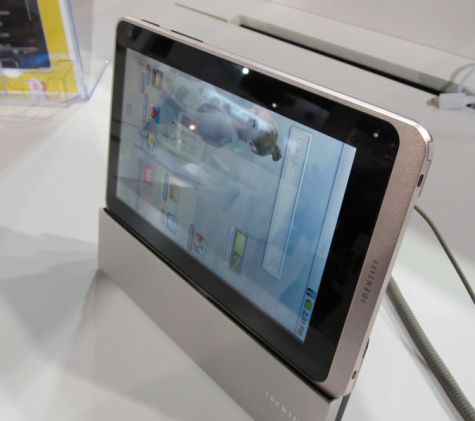 Enspert is a Korean company that’s already offering a 7 inch tablet called the Identity Tab in Europe and some other parts of the globe. This week the company began showing off a new model with a higher resolution display. According to the New York Times, Enspert plans to begin offering its Android tablets in the US soon, for about $350 or as little as $100 with a phone company subsidy.

The spec sheet also lists support for a wide range of media formats including 720p DiVX, H.264, MPEG4, and WMV.

The tablet should be available in 3G and WiFi-only varieties.

The demo units on the show floor at CES had a nice look and feel. The machines felt nice and responsive thanks to the snappy Cortex-A8 chips and the capacitive screen. I didn’t shoot a video from the Enspert booth, but jkkmobile did. You can check out his video below.