The Asus NovaGo is a convertible laptop with Windows 10 software, a Qualcomm Snapdragon 835 processor, and a starting price of $599.

It’s expected to ship sometime around May, which is when other new Windows on ARM computers (from HP and Lenovo) will probably hit the streets as well.

When Microsoft announced it was bringing Windows 10 to devices with ARM-based processors, I think a lot of folks had expected we’d see low-end devices that compete with $300 and $400 Intel Atom, Celeron, and Pentium machines. But so far the $599 Asus NovaGo is the most affordable Window 10 on ARM device announced to date.

When you look at the hardware, that’s not surprising: phones with the same processor tend to sell for around $500 and up and the Asus NovaGo has a bigger screen, a bigger battery, and a full-sized keyboard. Of course it costs more than $500. But what remains to be seen is whether it’ll be competitive with cheaper Intel-powered machines when it comes to performance. 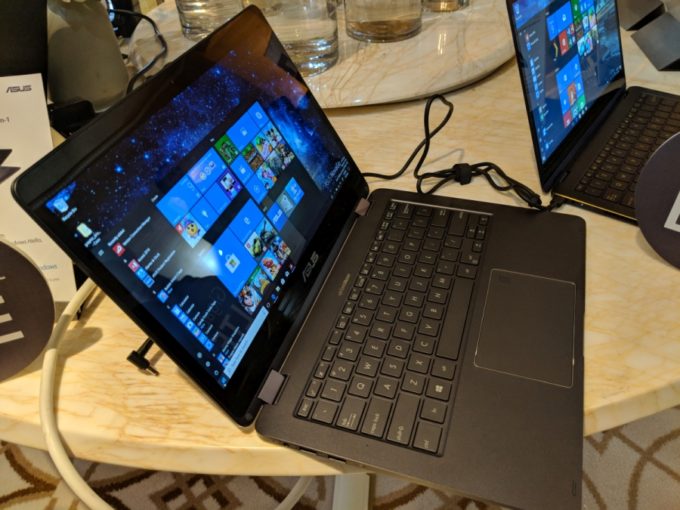 I spent some time talking to folks with Qualcomm and Asus about that this week. The general thinking is that Snapdragon 835-powered Windows devices like the NovaGo offer good-enough performance for most basic tasks. It’s not clear how competitive it will be in synthetic benchmarks, but when it comes to perceptible performance, it has no trouble handling applications like Microsoft Edge, Word, and Excel.

The Asus NovaGo (and HP Envy x2 and Lenovo Miix 630) will all come with Windows 10 S pre-installed. But if you want to run x86 apps that aren’t available from the Microsoft Store you can switch to Windows 10 Pro. The upgrade is free for a limited time, and it brings the ability to run just about any Windows application… although that does involve emulating an x86 instruction set on an ARM processors, so x86 apps might not run as smoothly as those that are compiled to run natively on ARM.

Still, why spend $600 to $800 on a device that offers the same kind of raw horsepower as an Intel-powered computer that may sell for as little as half the price?

There are a few key selling points:

Asus says the NovaGo should get up to 22 hours of battery life, and other PC makers are making similarly bold claims. It’s always a good idea to shave a few hours off an official battery life estimate. But even after you do that you’re left with a computer that can probably run from the time you wake up until the time you go to bed without stopping.

And that’s just when the screen is on. Close the lid of this convertible laptop to turn off the display and you might not need to plug it in for a month. 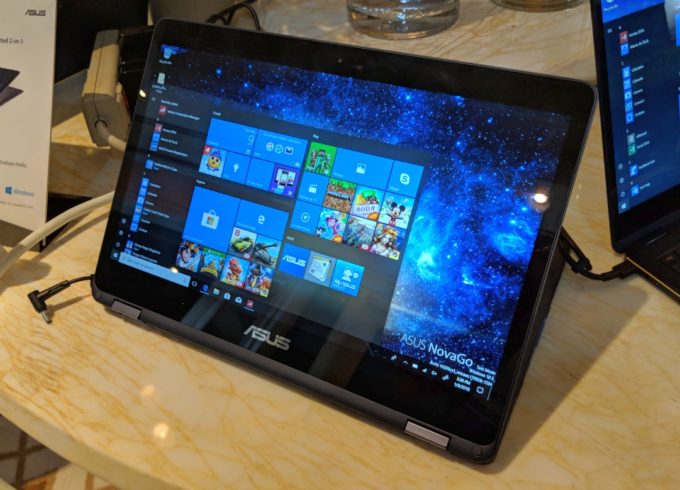 But unlike most PCs with x86 chips, closing the lid doesn’t really turn off the computer. Instead it enters a low power mode but stays connected to the internet the same way phones do. That way you can receive incoming alerts and messages even when the computer is “off.” It also means when you lift the lid or press the power button to wake the computer, you won’t need to synchronize your data or download your latest emails. They should already be there.

Are those features worth paying a premium for? That depends on your needs and preferences.

While we won’t have official benchmarks until Microsoft is done fine tuning Windows 10 to run on ARM processors, most of the folks I’ve talked to think that it’s safe to say you’ll get the kind of performance you’d expect from an Intel Core M3 or lower power processor. And when you look at laptops and tablets with Intel Celeron, Pentium, or Core processors, it’s not unusual to find models that get around 10 hours or more of battery life these days. 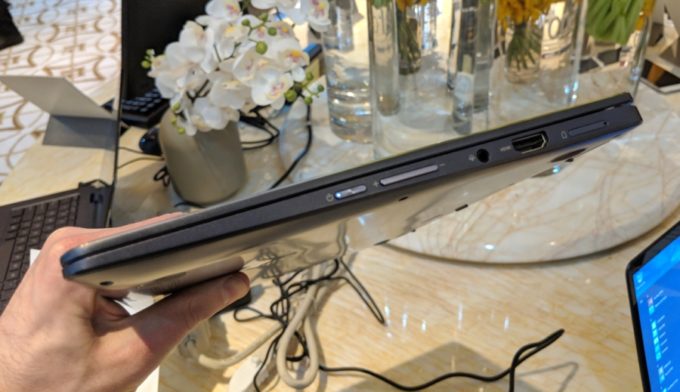 Once you get to 10 hours, do you really need 20? Not if you’re used to charging your laptop or tablet every night. But if you don’t think of the Asus NovaGo as a tablet that promises up to 22 hours of continuous usage, but rather as a machine that you can use for 5 hours a day for 4 days straight without plugging it in, then things might look a little different.

This is a computer you might only need to charge once or twice a week. 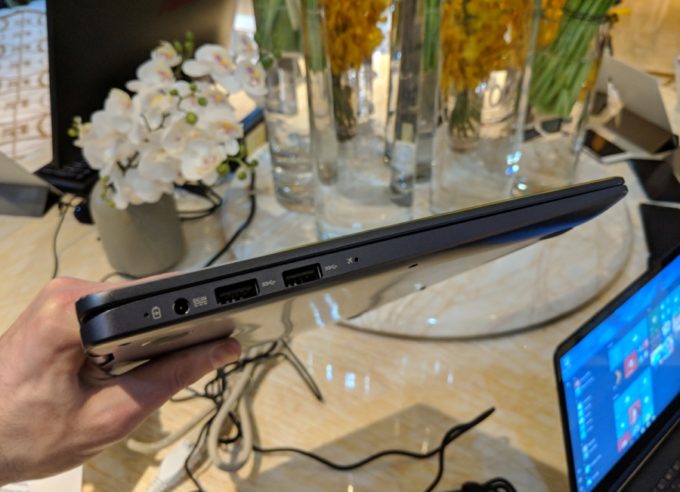 For now Asus says it’s targeting the business market, where “road warriors” might be looking for a machine they can use on a cross country flight and then keep using to take notes or deliver presentations at meetings without stopping to charge.

But there’s nothing stopping consumers from picking up a NovaGo, and I suspect if enough people do that then we might start to see additional Windows on ARM devices at different price points.

The NovaGo features a 13.3 inch, 1920 x 1080 pixel display with a 360-degree hinge, HDMI and headset ports, two full-sized USB ports, and a power jack. It supports 4G LTE and has a fingerprint sensor built into the touchpad.

30 replies on “Hands-on with the Asus NovaGo (and is Windows on ARM even a good idea?)”