Ingenic is showing off a range of Android tablet featuring its new JZ4780 MIPS processor. It’s the company’s first dual core MIPS chip, and the first to feature PowerVR SGX 540 graphics instead of the Vivante graphics found in earlier chips.

I got a chance to spend a few minutes playing with the company’s 7 and 10 inch tablet prototypes, and while they’re not exactly speed demons, they seem reasonably responsive for the low-cost Android tablets that they are. 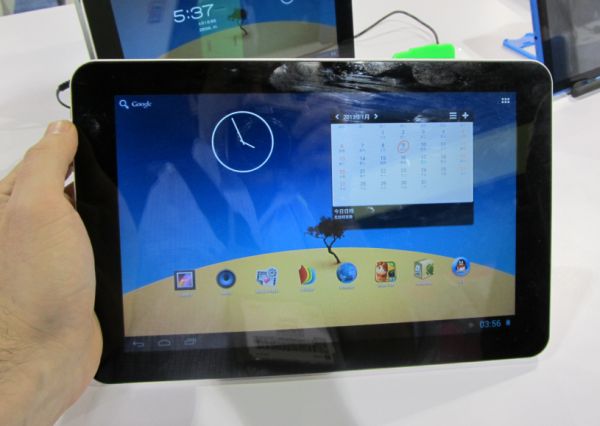 The processor is a 1.3 GHz Xburst CPU based on a 40nm design. It can handle 1080p HD video playback, and seems to handle hardware-accelerated graphics reasonably well. The user interface felt pretty zippy on the tablets I tested.

On the other hand, apps took a little longer to launch than on a decent ARM-based tablet, and automatic screen rotation seemed a little sluggish.

Still, given that MIPS tends to compete in the low-cost device space, those seem like forgivable sins… or at least they could be if tablets based on these designs hit the streets at the right low-cost price.

MIPS chips are more popular in embedded devices such as set-top-boxes, eReaders or industrial devices than in phones and tablets. But it looks like MIPS Technology and hardware partners like Ingenic may be trying to change that.