HP launched two new Spectre x360 premium convertible notebooks this week, including one with a 13.3 inch OLED display and a 15.6 inch model with… well, a big display. 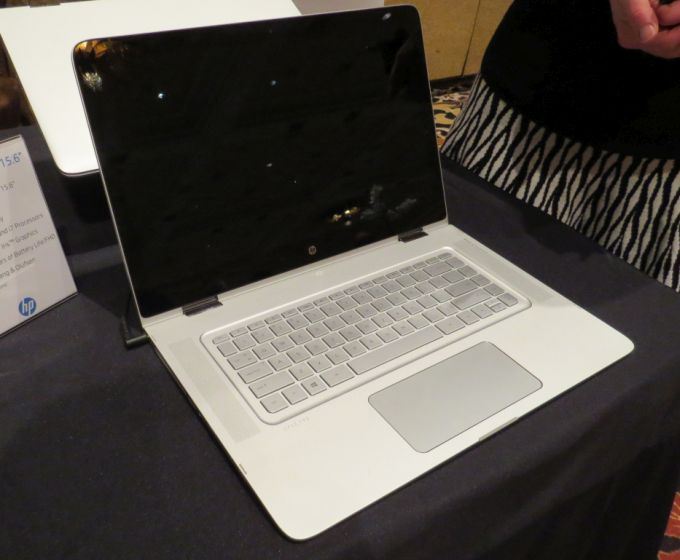 When HP announced the Spectre x360 earlier this week, I was rather impressed that the company managed to produce a notebook with a 15.6 inch display that measures just 0.6 inches thick and weighs about 4 pounds. And then I saw two other big-screened notebooks that make the Spectre x360 look heavy.

But neither of those laptops feature a touchscreen or 360 degree hinge. So HP’s big-screened convertible still stands out. And part of the reason it weighs as much as it does is that the laptop has a sizable 64.5 Wh battery that the company says should provide up to 13 hours of battery life on models with 1920 x 1080 pixel displays. HP will also offer a version of this convertible with a 3840 x 2160 pixel display which should get up to 9.5 hours of battery life.

Anyway, I’m not exactly complaining about the launch of 3 different laptops with 15 inch screens that weigh around 4 pounds or less this week. Sure, I love small computers… but if you can make a model with a big screen that’s almost as easy to tote around due to its light weight, I’m all for it. 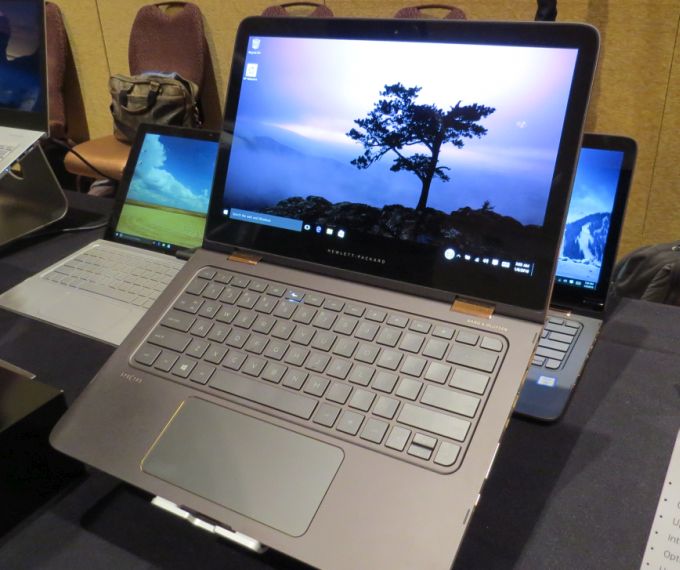 HP hasn’t announced the price for this model yet, but it should be available in the spring.