HP’s launching two tiny desktop computers this week. The HP Stream Mini is a little desktop with an Intel Celeron processor, 2GB of RAM, 32GB of solid state storage, and Windows 8.1, while the Pavilion Mini is a pricier model that features an Intel Pentium (or faster) processor, 4GB of RAM, and 500GB of storage.

These little desktops are available from HP.com for $180 and up.

I got a chance to spend a little time with the little computers last night. 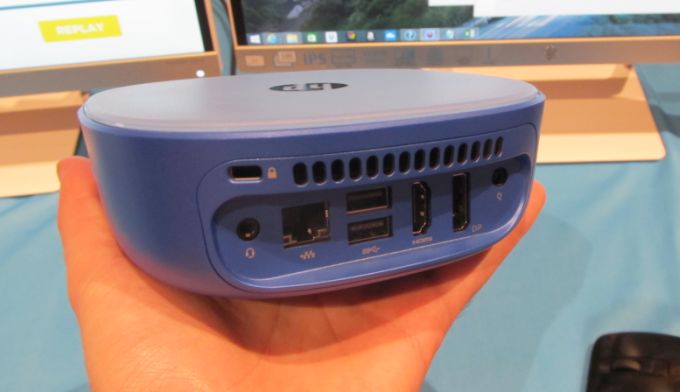 While the two computers feature different hardware under the hood, the only easy way to tell them apart without opening the case (or firing up Windows) is by color: the HP Stream Mini is blue, while the Pavilion Mini is silver/gray.

Both measure about 5.7″ x 5.7″ x 2.1 and weigh about 1.4 pounds, making both models small enough to hold in one hand (not that you’re likely to do that very often… these are desktops, not tablets).

There are 2 USB 3.0 ports on the front of the case, 2 more on the back, and Ethernet HDMI, DisplayPort, and audio jacks on the back as well.

Both models also come with a wireless keyboard and mouse. 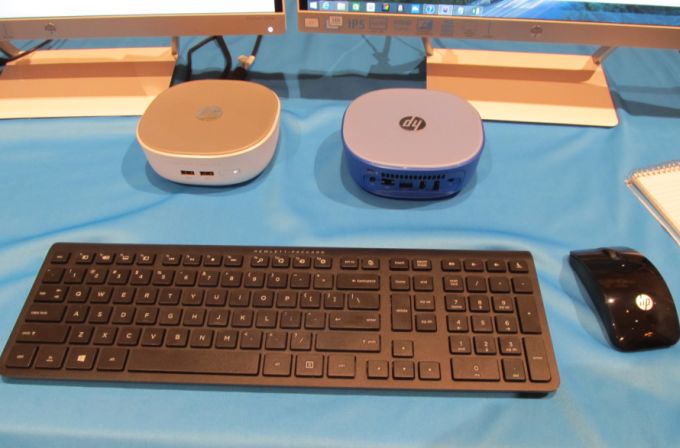 When I visited HP, the company was showing off a Pavilion Mini with a Core i3 processor powering two 1920 x 1080 pixel monitors, and the system seemed pretty responsive.

There are certainly faster desktop computers available, but I could think of worse little boxes to stick in your living room next to your TV so you can stream videos, listen to music, or even play some casual games. Note the vents though: these systems may be tiny and relatively low-power, but they’re not fanless.