HP’s Elite Slice computer is a desktop PC that crams an Intel Skylake processor, up to 8GB of RAM and up to 500GB of storage into a a case that’s just 6 inches across and 1.5 inches deep.

Worried that there’s no room for things like an optical disc drive? The HP Slice is a modular PC system: you add features by purchasing additional modules and snapping them into place. 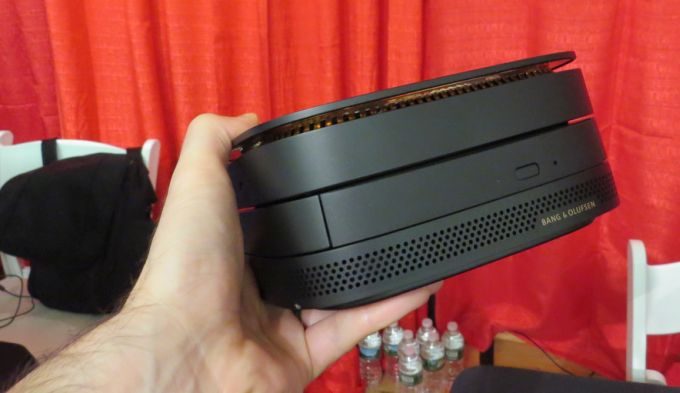 HP recently started taking orders for the Elite Slice computer, and I got a chance to check out the modular PC at an event in New York this week.

The Slice is basically a full-fledged PC in its own right, with everything you need to get started stuffed into a compact case, complete with a USB 3.1 Type-C port, two USB 3.0 Type-A ports, DisplayPort and HDMI and an Ethernet jack.

There are also vents near the top of the computer to help keep things cool. Powered by a 35 watt Intel Skylake-T processor, there’s no way Intel could have made a system this small fanless, so there is a fan to blow hot air out through those vents.

On the bottom of the Slice there’s a port that you can line up with any of the Slice modules. Just snap the optical disc drive, Bang & Olufsen speakers, or other modules into place and they’ll be held firm by a latch while drawing power and sending data through that port. 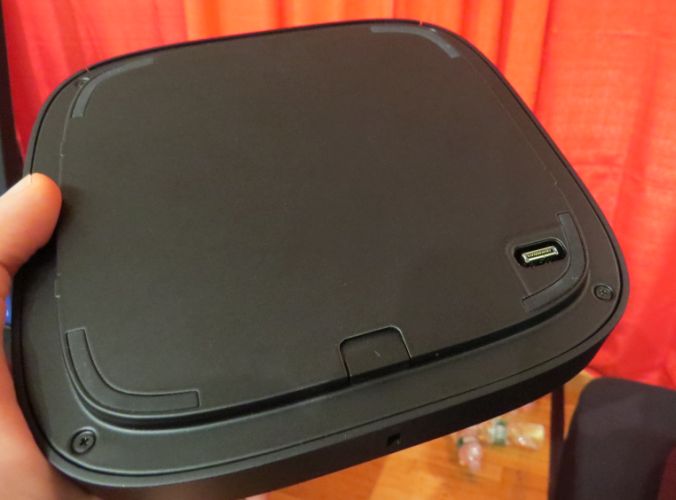 You can remove any modules you’re not currently using by sliding a latch on the bottom of the stack and simply pulling modules apart.

Sure… you could probably buy a USB disc drive or speaker set for a lot less than the price of these official Slice modules. But they won’t be as compact or neat… and they’ll require you to run more cables all over your desk. 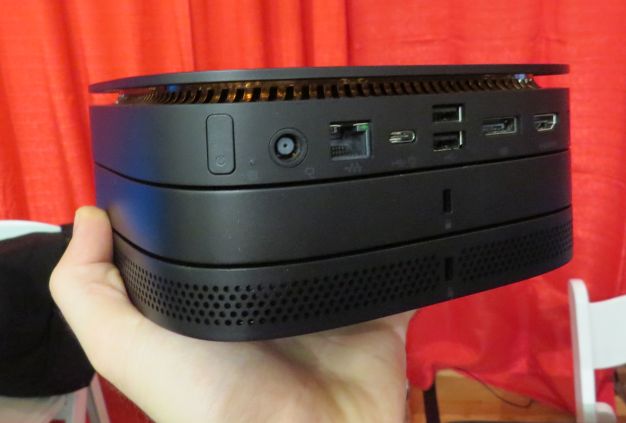 There’s also an optional “Collaboration Cover” that includes touch-sensitive buttons for use with Skype or other conference calling software. 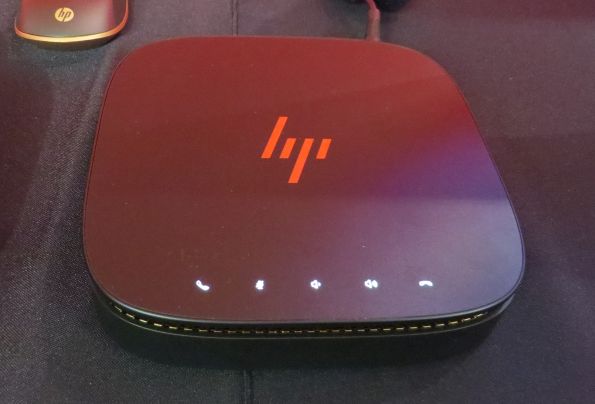 HP isn’t the first company to unveil a proprietary, modular desktop system. Acer’s Aspire Revo Build is designed around a similar idea. But while Acer’s systems have a starting price of just $180 for a model with an Intel Celeron N3050 processor, HP is positioning the Elite Slice as a business-class computer with more powerful hardware (and higher price tags).

An entry-level HP Elite Slice is expected to sell for $699 and feature an Intel Core i3-6100T processor, 4GB of RAM, and 500GB of hard drive storage.

Higher-priced models feature up to a Core i7-6700T processor, 8GB of RAM, and up to 256GB of solid state storage. 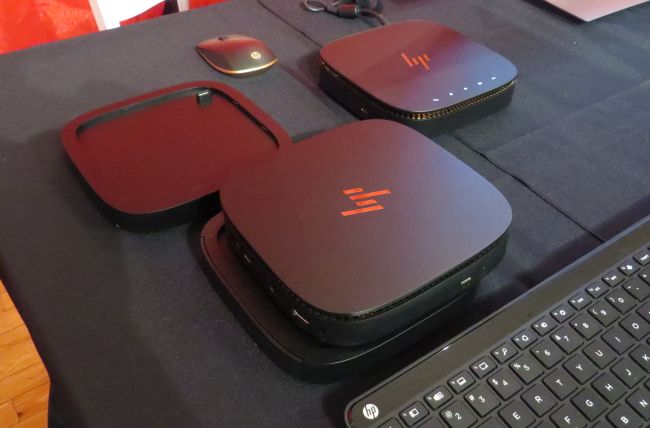