The Gemini PDA is a tiny computer that’s small enough to hold in one hand, but with a keyboard that makes it possible to touch-type… maybe.

Planet Computer introduced the Gemini PDA nearly a year ago and launched a crowdfunding campaign to take the device from prototype to shipping product. Now it’s about ready to ship.

I got a chance to check out a few pre-release units at the Consumer Electronics Show in Las Vegas, and it really does seem like Planet Computer has delivered on most of its promises. The little computer dual boots Google Android 7.1 and Debian Linux. It has a keyboard that’s a little cramped, but which is pretty responsive… and familiar to anyone who’s ever used an old Psion handheld. Planet Computer hired the designer of the Psion Revo and Series 5 keyboard to help design the Gemini PDA.

But there are a few things to keep in mind before spending $399 to pre-order the Gemini PDA (or $499 and up once it hits retail). 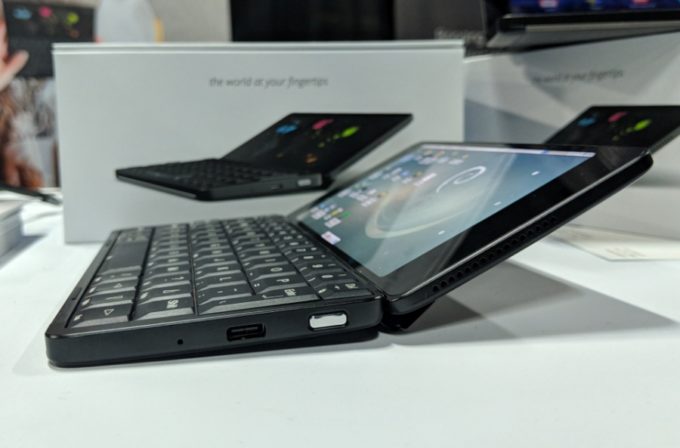 The first thing to keep in mind is that right now the device is running something close to stock Debian Linux with the Xfce desktop environment. It’s not exactly a touch-friendly experience, since touching the screen just moves a cursor. You can’t swipe or scroll, but instead have to move that cursor across the screen. And there’s no touchpad or pointing stick in the keyboard area.

So if you plan to use Linux, you’re probably going to want to use a mouse or other input device with the Gemini PDA for now. Eventually the developers hope to port a more touch-friendly user interface such as KDE’s Plasma Mobile.

Android, on the other hand, works pretty much the way you’d expect it to. You can use the touchscreen to navigate, but you can also use the keyboard for quicker text input. Keyboard shortcuts also work to control the volume, screen brightness, and other setting sand you can use the Alt button to switch apps.

Some of the demo units Planet Computer is showing off at CES are early prototypes, so the model I tested with Linux had a pretty sticky keyboard that made typing tedious. But after a few seconds getting used to the tiny keys, I found the keyboard on the Android model to be pretty responsive. You might not be able to touch type using 10 fingers, but if you can get used to using 6 you may find the keyboard to be more pleasant than the virtual keyboards you get on most phones. 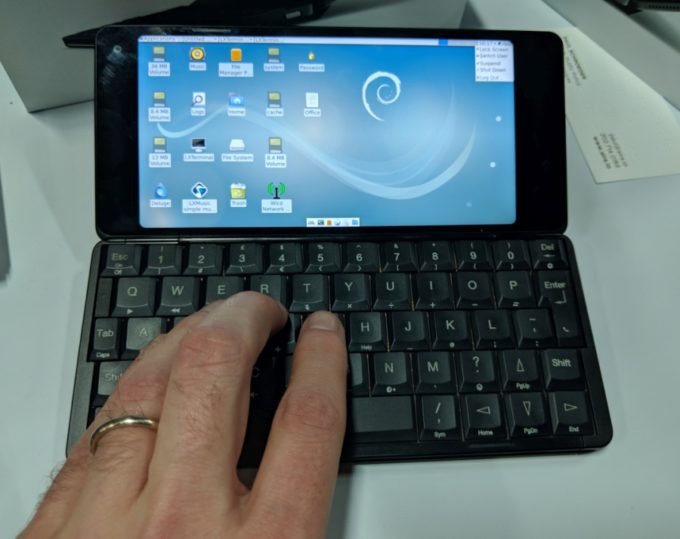 Speaking of phones, this thing has the kind of hardware you’d expect from a phone, not a notebook. It sports a 6 inch, 2160 x 1080 pixel display, a MediaTek Helio X27 deca-core processor, 4GB of RAM and 64GB of storage.

I didn’t spend enough time with the Gemini PDA to truly judge its performance, but it didn’t take too long to load LibreOffice Writer and begin composing documents or to open a terminal window and start running some simple commands. The processor might be a bit on the weak side for heavy duty computing, but it seems sufficient for basic tasks.

And if you want a more touch-friendly interface you can always reboot into Android. 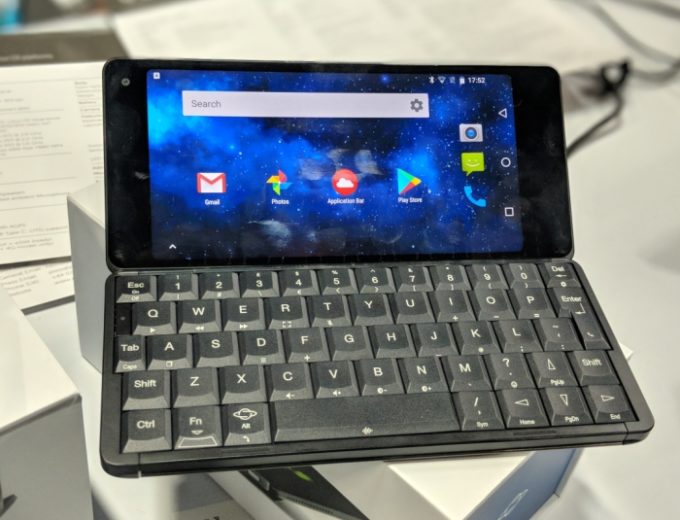 It’s worth noting that the keyboard is designed to be fully functional, but compact. One shortcoming is that the screen opens to a single angle. It’s not really adjustable. Either the Gemini PDA is open or it’s not. 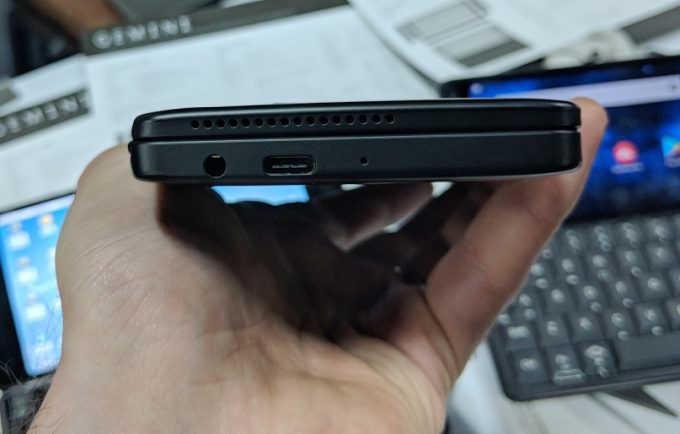 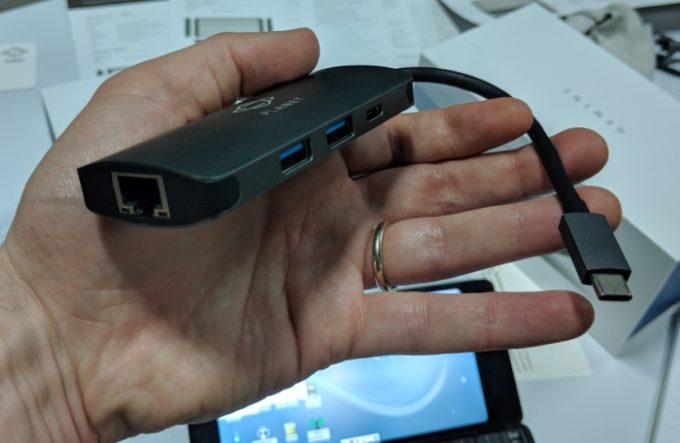 A WiFi-only model will sell for $499 once the Gemini PDA hits retail, while a 4G LTE-capable version will run $599.

Oh, and you can use the LTE model to make phone calls by using a voice mode in Android, closing the lid, and holding the phone to your face like one of those old fashioned screenless phones.

For the time being, you can still pre-order one from Indiegogo for $399. Planet Computer plans to begin shipping devices to backers of the Indiegogo campaign this month, with retail availability to follow.

I’m also hoping to get a demo unit to review, but I’m told that the first units will ship to crowdfunding backers, not to reviewers.

33 replies on “Hands-on with the Gemini PDA handheld PC with Android, Linux and a 6 inch display”