Asus unveiled a new 2.2 pound laptop with a 13.3 inch full HD display and an 8th-gen Intel Core processor this week. The company says the new Asus Zenbook 13 UX331UAL will be available in the first half of 2018 for around $1000 and up.

This is actually the second Zenbook 13 from the company. Last year the company introduced a similar model, but that version featured NVIDIA GeForce MX150 graphics, a touchscreen display, and a slightly heavier body that weighs in at 2.5 pounds.

That may not sound like much of a difference, but I got a chance to check out the two notebooks side by side, and the new model really does feel remarkably light… light enough to make the “old” model seem heavy by comparison.

Another nice thing about the new model is that it has a matte, non-glare display and a matte lid. The previously announced version has a glossy lid and a glossy screen.

Then again, you also get a heck of a lot more laptop with that model. In addition to NVIDIA graphics, the shiny model has a 4K display. 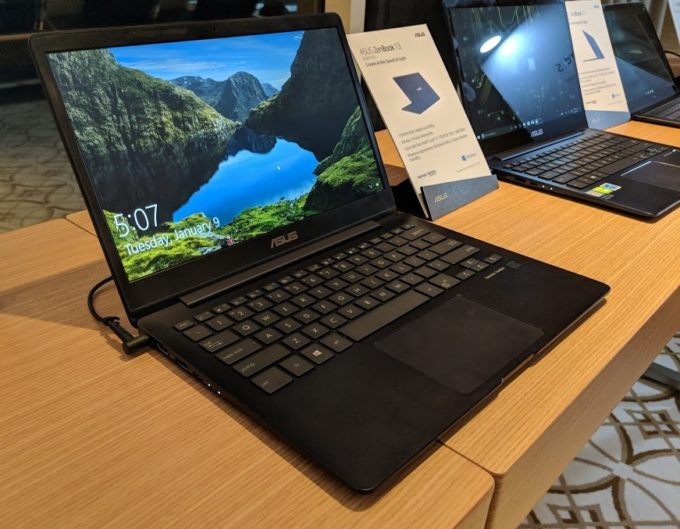 Both versions of the Zenbook 13 measure about half an inch thick, support up to a Core i7-8550U processor, up to 16GB of RAM, and up to 16GB of PCIe storage.

Asus also announced this week that it’s bringing the Zenbook Flip 14 to the United States this March for $899 and up. Previously available in some other markets, the 3.1 inch convertible laptop supports tablet, tent, stand, and notebook modes thanks to a 360 degree hinge. And it supports a pressure-sensitive pen as well. 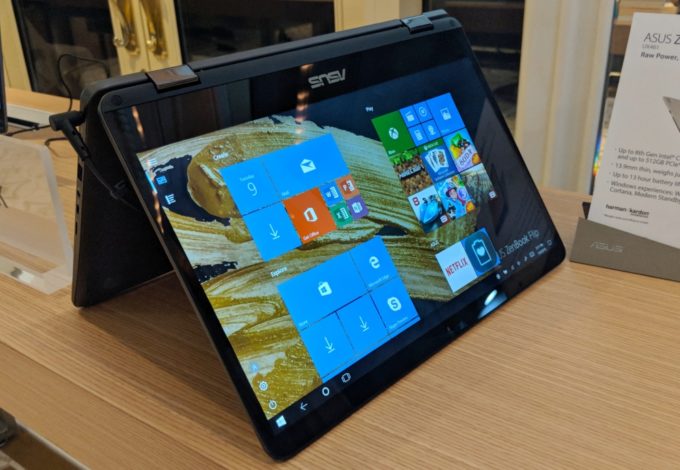 Equipped with a 14 inch full HD display, an 8th-gen Intel Core processor, and optional support for NVIDIA GeForce MX150 graphics, this model’s a bit heavier than its smaller siblings, but it’s just as slim, at about 0.55 inches thick.