Acer’s Revo One is a small desktop computer that the company is positioning as a media hub. It supports up to an Intel Core i5 Broadwell processor, up to 6TB of storage, and features dual display support.

The Acer Revo One should be available in Europe in January or February for 269 Euros and up, but the company may bring the little media center PC to the United States later this year.

Acer is showing off the Revo One in Las Vegas during the week of CES. 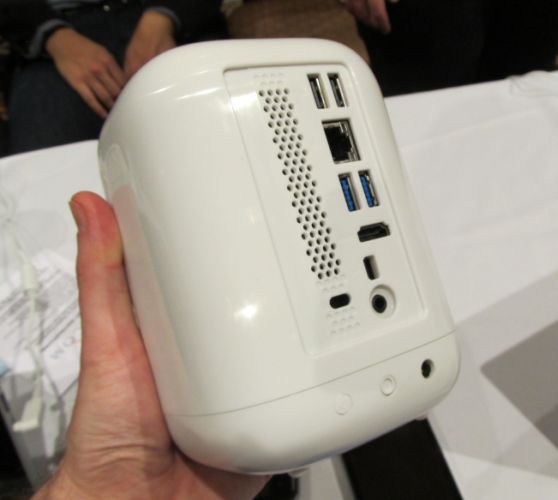 I already knew that the computer was relatively small and relatively powerful. But I wasn’t really sure how small until I held it in my hands: somehow the promotional pictures I’d seen made it look bigger.

Opening the case is as simple as pressing a button near the bottom with a pen and then lifting the entire top piece of plastic away to reveal the computer’s insides. 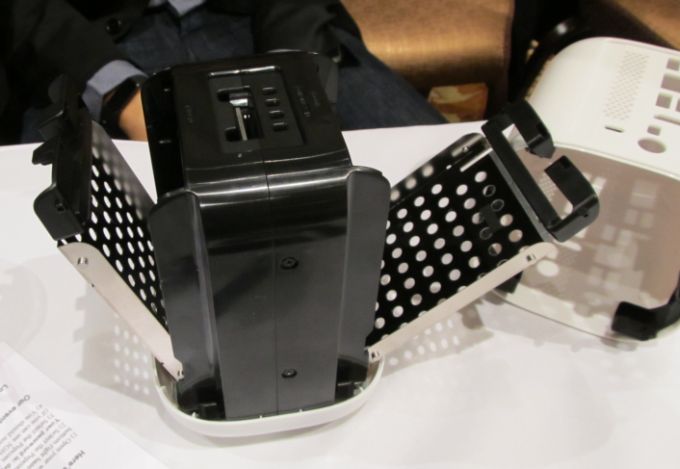 Inside, you’ll find two memory SODIMM slots and 3 drive bays. The system will come with a hard drive in the center bay (which is harder to access), but you can add one or two 2.5 inch hard drives or solid state drives on either side.

The Acer Revo One can support up to 6TB of storage overall, but more impressive than how much storage the system can handle is how easy it is to upgrade the storage.