When Google launched its Daydream virtual reality platform for Android phones, the only smartphone that officially supported the feature was the Google Pixel (and Pixel XL, if you want to call that two phones instead of one).

Now there are about half a dozen Daydream-ready phones, although not all of them are available for purchase yet.

Or maybe I shouldn’t say Google announced… maybe I should say the company confirmed Daydream support. Because we’d already heard from some of these phone makers that their devices had the low-latency screens and other features necessary for Daydream.

The Asus model is particularly interesting, since it’s the first phone to support both Daydream virtual reality software and hardware and Google’s Tango technology for creating an interacting with 3D models of the environment around the phone. That means the phone supports the latest virtual reality and augmented reality features from Google.

Asus doesn’t plan to release the Zenfone AR until the second quarter of 2017, though. The Huawei Mate 9 Pro is already available in China, and it’s coming to America starting next week.

Right now the only Daydream-compatible headset available for purchase is Google’s $79 Daydream View headset and wireless controller. But Google says Huawei plans to launch its own model called Huawei VR “at a later date.” 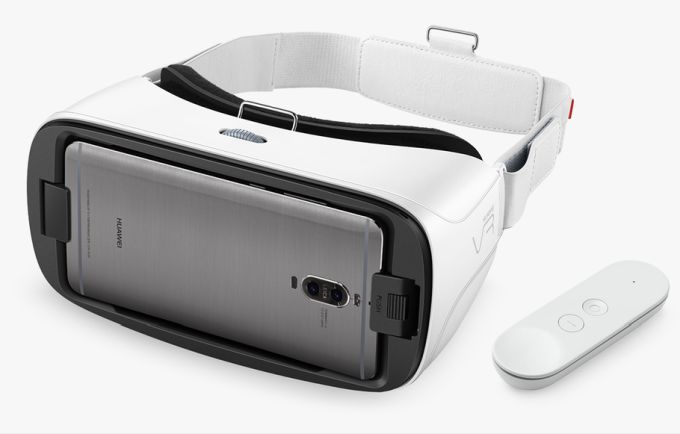 The headset is similar to Google’s, but it offers adjustable focus for use without eyeglasses and it has a 95 degree field of view. The wireless controller looks virtually identical to Google’s, except that it’s white instead of grey.