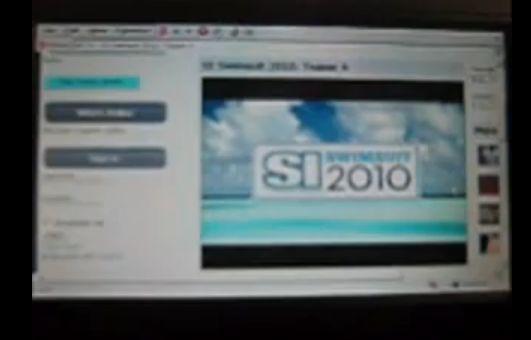 Haleron has released a short video showing just what the company’s 7 inch, Windows CE powered Swordfish Mini smartbook can do. And what it can do turns out to be exactly what you would expect a tiny, mini-laptop running Windows CE to do. It can run Microsoft’s mobile office suite, and the latest mobile version of Internet Explorer and Windows Media Player.

If there’s one thing setting this Windows CE-based smartbook apart from some of the Android devices we’ve seen lately, it’s the fact that Windows CE can already handle Flash Lite, which means you can play YouTube videos on the Swordfish Mini. But Adobe Flash Player 10.1 for Android, WebOS, and other platforms should arrive any day now, so this won’t really be a killer feature for much longer.

The video also makes ample use of edits, so you can’t really see how long it takes to launch or close programs.

But if you’re still interested, Haleron is selling the Swordfish Mini for prices between $139 and $199. You’ll have to pick up 101 units to get the $139 price tag, while a single smartbook will set you back $199.

You can check out Haleron’s demo video after the break.